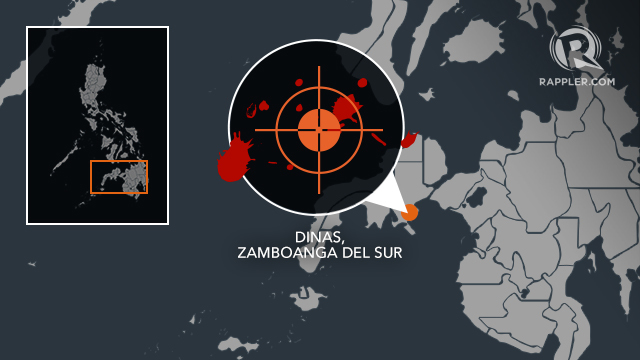 Gunmen ambushed a military vehicle in Dinas, Zamboanga del Sur on Monday, November 21, killing at least 2 soldiers – an Army lieutenant and one enlisted man – and wounding 2 others, initial reports said.


The troops belong to the Philippine Army’s 53rd infantry battalion, according initial reports from the Western Mindanao Command based in Zamboanga City.
They were attacked as their vehicle was passing through Dinas town at around 8:30 am.
The identities of the casualties were not immediately reported, but one of the dead is an Army officer, according to Senior Superintendent Sofronio Ecaldre, police chief of Zamboanga del Sur.
http://www.rappler.com/nation/153080-ambush-army-soldiers-dead-zamboanga-del-sur
Posted by Retired Analyst at 9:49 PM