The expanded BTC, which is tasked to draft a new Bangsamoro Basic Law (BBL), will now have 21 members, the two sides say after talks in Malaysia 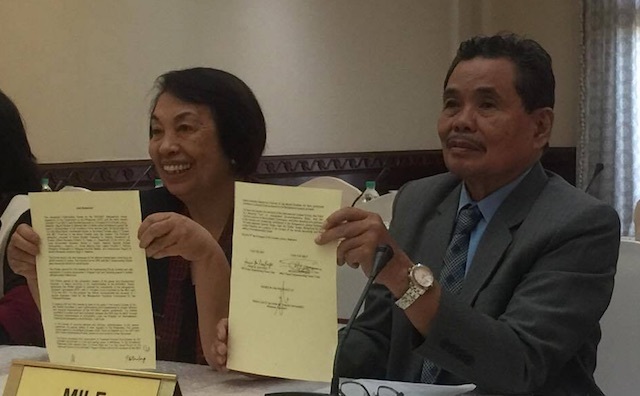 In addition, the statement said "the Parties committed to work collaboratively and cooperatively to ensure efficient and inclusive implementation of the GPH-MILF signed agreements" to sustain the gains of the ongoing peace talks.

The two sides also committed to "sustain trust and confidence" by pushing through with the implementation of deliverables stated under the Program for Normalization.
There will also be regular meetings in the Philippines, the statement added, in a bid to speed up the peace process.

"We are now going into a problem-solving mode," said Office of the Presidential Adviser on the Peace Process (OPAPP) implementation panel chair Irene Santiago, referring to the implementation phase of the peace talks.

"I can only look forward with optimism," she added.

Prior to the release of the joint statement, OPAPP's Santiago told Rappler that increasing the members of the BTC is one way of making the peace talks "inclusive."

Santiago said they are eyeing participation of indigenous peoples (IP) communities, local governments, sultanates, the Moro National Liberation Front (MNLF), and other groups in the talks. 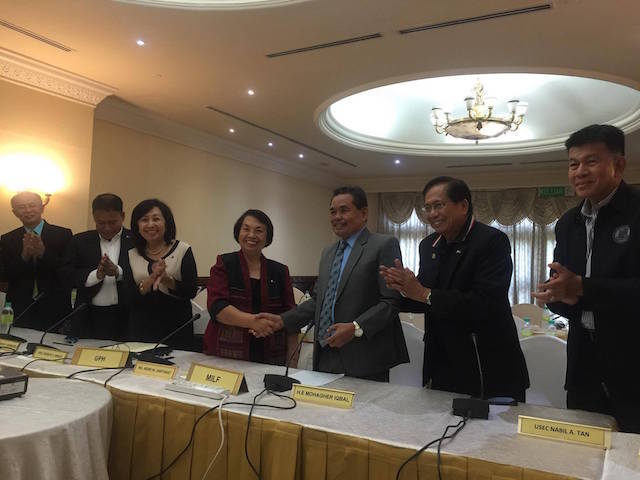 Expanding the BTC "is not a violation" of the process, Iqbal said, adding that they agreed on it as an "improvement" in the process.

As for the members of the expanded BTC, the current members are considered resigned as of July 21.

While political aspects of the talks don't need legislation, most aspects of normalization would be tied to the proposed law, especially decommissioning, said Murad.

The panels will meet in the Philippines this coming week, and Dureza said there will be a "very hectic schedule ahead" for the peace talks.

Details of the meeting will be released soon, he added. "There's no time to waste."

Under the accord, the rebels would have only given up their arms after a law was passed creating an autonomous homeland in Mindanao and a regional government was elected.

The vote was meant to take place alongside the May 2016 general election.

Armed Muslim groups have been fighting since the 1970s for an independent Islamic state or autonomous rule in the south, which they regard as their ancestral home. The conflict has claimed more than 100,000 lives.

The conflict has condemned millions of people across Mindanao to brutal poverty and created fertile conditions for Islamic extremism, with the Al-Qaeda-linked Abu Sayyaf and other hardline militants making remote areas their strongholds.

http://www.rappler.com/nation/143026-gph-milf-joint-statement-kuala-lumpur-peace-talks
Posted by Retired Analyst at 7:02 AM