Iqbal: There was transparency in BBL peace talks

From the Philippine Star (Jul 29): Iqbal: There was transparency in BBL peace talks 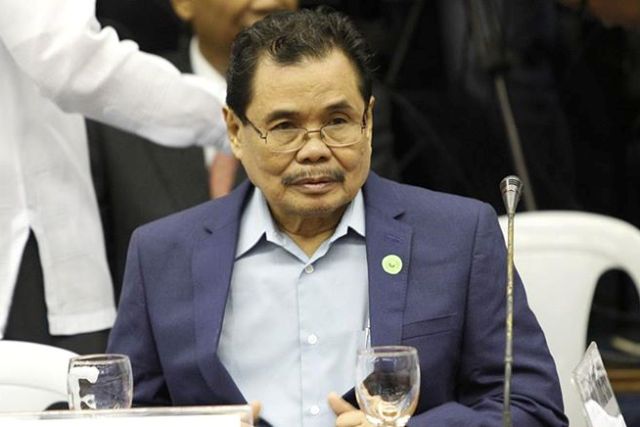 The Moro Islamic Liberation Front on Wednesday said there was transparency in the drafting of the Bangsamoro Basic Law (BBL) it wants to be approved by the Congress without revisions before the term of President Benigno Aquino III ends on June 30, 2016.

Mohagher Iqbal, chairman of the Bangsamoro Transition Commission (BTC), said there is no reason for cynics to make what is for them is lack of openness in the peace talks, a reason to stop the BBL’s passage.

Iqbal on Wednesday urged the legislature to approve the draft BBL as is, after President Aquino made his final pitch for its passage on Monday in his last State of the Nation Address.

President Aquino, who wants to make the BBL his main legacy before he steps down from office, had told senators and congressmen that time is running out for lasting peace in Mindanao.

The draft BBL, which aims to replace the Autonomous Region in Muslim Mindanao (ARMM) with a new MILF-led Bangsamoro political entity, was mired by controversies and challenged by the deadly January 25, 2015 encounter between policemen and rebels in three barangays in Mamasapano town in Maguindanao, amid a ceasefire being enforced by foreign peacekeepers.

“There is no truth to assertions that there was no transparency in the peace talks. Some of our sessions in Malaysia were attended by local officials from Mindanao, members of Congress and representatives from the national government and from civil society organizations,” Iqbal said.

Iqbal said skeptics and cynics ought to ponder too on why there are non-Muslim blocs and Christian religious leaders, among them Orlando Cardinal Quevedo, supporting the draft BBL.

Quevedo, a concurrent archbishop and a member of the Oblates of Mary Immaculate congregation, whose pontifical base is in Rome, has been vocal in his unrelenting endorsement of the draft BBL.
Quevedo called for support to the Mindanao process during last week’s Mindanao Media Forum in Cotabato City, which he presided over.

Cagayan de Oro Rep. Rufus Rodriguez, chair of the interim House committee handling the draft BBL, on Tuesday said President Aquino’s pitch for the proposed law via his SONA would hasten its passage.

“We will hit the ground running once floor discussions resume,” Rodriguez said.

Rodriguez said the prospects for the BBL’s passage remain good.

President Aquino’s reiteration of support for the bill would lead to its approval in Congress and the successful conclusion of the Bangsamoro peace process, Rodriguez added.

ARMM's chief executive, Gov. Mujiv Hataman, chair of the region’s inter-agency peace and order council, said he and members of the regional cabinet are all for the approval of the draft BBL.

The ARMM covers Maguindanao and Lanao del Sur, both in mainland Mindanao, and the island provinces of Basilan, Sulu and Tawi-Tawi, which are to become the main bastion of the proposed Bangsamoro self-governing entity once the BBL is approved and ratified via a plebiscite.