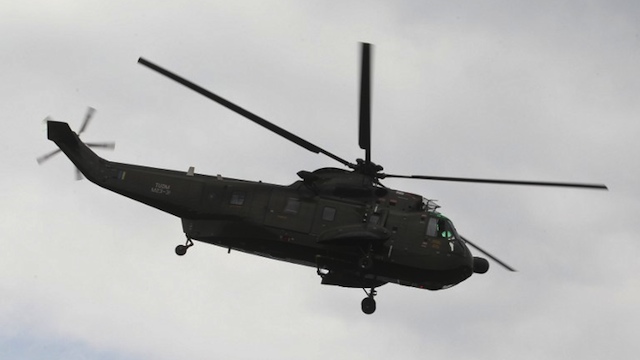 OPERATION SUCCESFUL? An army helicopter flies in Cenderawasih near the area where the stand-off with Filipino Sulu gunmen and Malaysian security forces was taking place in Tanduao village on March 5, 2013. AFP PHOTO / MOHD RASFAN

The Filipino militants engaged in the standoff in Sabah were defeated by the assault launched by Malaysian security forces to evict them from the site, a local report said on Tuesday, March 5.

The report added that no there are no casualties on the Malaysian side but this is yet unknown for the followers of self-proclaimed Sulu Sultan Jamalul Kiram III.

According to The Star, the security situation is now "under control" in Sabah but police and military personnel have been placed under high alert in certain "strategic locations" where there is fear of retaliation by Kiram's men.

Raja Muda Kiram, the leader of the standoff, earlier said that the assault had scattered their positions, while the sultan's spokesman insisted that they will not surrender and fight until the end to highlight their claim to Sabah.

Malaysian security forces launched on Tuesday fresh attacks on the more than 100 Filipino gunmen holed up in Tanduao, Lahad Datu and nearby villages in Sabah, forcing villagers to flee their homes.

Najib stressed that "the government must take action to defend the country's dignity and sovereignty as demanded by the people" and indicated that all efforts to prevent bloodshed had "failed."