Hundreds Arrested in Crackdown on Terrorist Routes in Southeast Asia 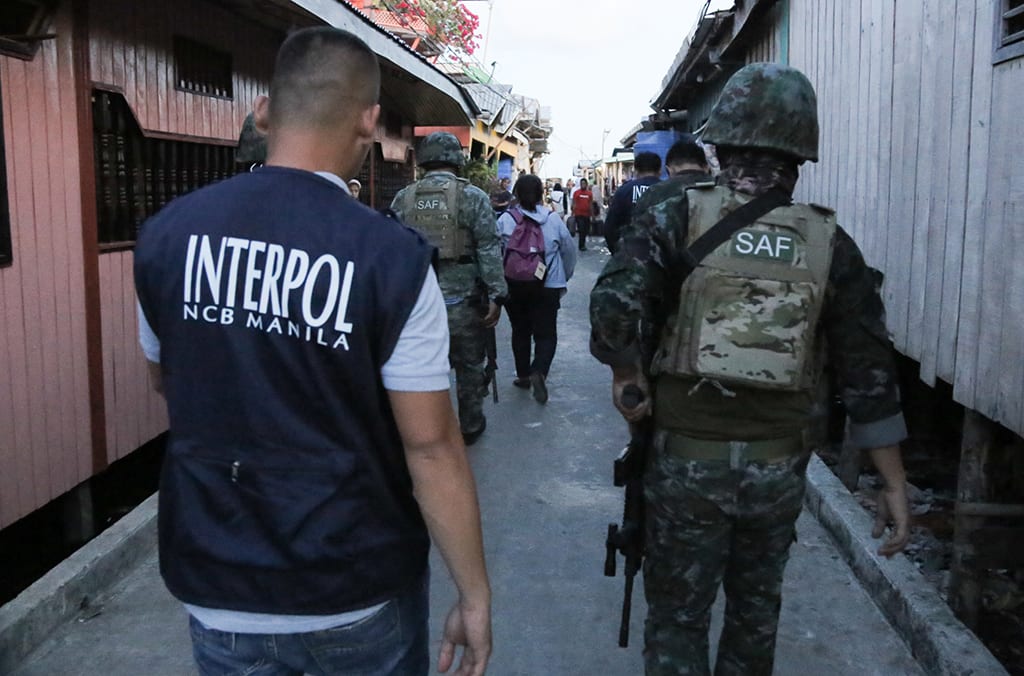 The coordinated move – from 24 February to 20 March in the midst of the global COVID-19 outbreak – resulted in the arrest of more than 180 individuals for various offences, including one suspected member of the terrorist Abu Sayyaf Group (ASG).

The operation saw 82 victims of human trafficking, mainly young women aged between 20 and 30, rescued by Philippine authorities. In addition, Indonesian authorities identified and rescued a further 35 adults and 17 children (12 boys and five girls), aged between 10 and 15 years, arriving from Malaysia.

Firearms, illegally assembled explosives made of ammonium nitrate and other illicit goods and substances worth more than one million euros were also seized.

With participating units on the front lines provided with direct access to INTERPOL’s global databases, authorities were able to run more than 13,000 checks on travel documents, firearms and nominal data.

The World Customs Organization also partnered in the operation, coordinating the role of customs agents and reporting seizures to INTERPOL National Central Bureaus in each of the four participating countries.

Set in ports and transit points around the Celebes and Sulu Seas, these points acted as operational hubs from which to launch simultaneous and coordinated enforcement actions, including sea patrols, passenger and vehicle checks, and secondary identity inspections on any suspicious individuals.

The geography of the region, scattered with small islands and multiple border points, has historically presented a challenge to law enforcement seeking to crack down on terrorist activity and organized crime.

The flow of militants from Southeast Asia to the Middle East to join terrorist groups, has now been reversed. Since the collapse of ISIS/Daesh strongholds in the Middle East, the BIMP-EAGA region has seen a marked influx of foreign terrorist fighters (FTFs), many travelling from conflict zones. This is in part due to the presence of local ISIS/Daesh-inspired terrorist groups in the region, such as the ASG.

FTFs are embedded in these local terror groups and supply them with propaganda, personnel, finances and operational expertise, such as bomb-making.

In 2017, fighting in Marawi City (Philippines) between IS-affiliated militants and Philippine government forces resulted in more than a thousand deaths. Among the dead in Marawi were terrorist fighters from Chechnya, Indonesia, Malaysia, Saudi Arabia and Yemen.

Operation Maharlika III was conducted with funding from the Government of Japan, the United Arab Emirates and the INTERPOL Foundation for a Safer World.

https://www.hstoday.us/subject-matter-areas/border-security/hundreds-arrested-in-crackdown-on-terrorist-routes-in-southeast-asia/
Posted by Retired Analyst at 1:02 AM