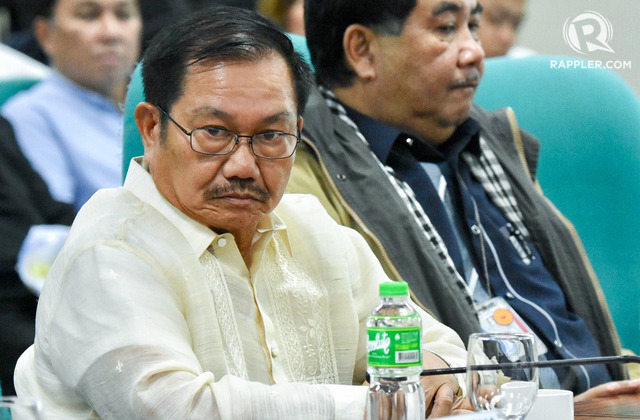 Not everyone in the new Bangsamoro autonomous region is happy that President Rodrigo Duterte is inclined to appointAgriculture Secretary Emmanuel Piñol as head of the Mindanao Development Authority (MinDA).

After his possible appointment was announced by Duterte, members of Bangsamoro groups, including members of the Bangsamoro Transition Authority (BTA), have been airing their negative views about Piñol in private.

Even BTA Interim Chief Minister Murad Ebrahim acknowledged this sentiment, though he maintained that he would respect Piñol's appointment if it comes to pass.

"It's the President's prerogative who he will appoint because that comes with Cabinet rank. But our observation is, with due respect to Secretary Manny, he isn't very popular among the Bangsamoro," Murad told Rappler on Tuesday, July 9.

Months later, in October, the SC declared the agreement unconstitutional.

Presidential Spokesperson Salvador Panelo, on Tuesday, said Duterte is likely to consider the views of BTA members and the Bangsamoro people when finalizing his choice for MinDA secretary.

Duterte himself had said he would consult Murad first about his plan to appoint Piñol. The Chief Executive has said Piñol could end up leading MinDA or with the more vague role of being his "point person" for the Bangsamoro region.

Duterte said he thinks such a role is necessary because he found the progress being made by the BTA too slow. Last June 25, he told the BTA to "hurry up" and cited a supposed communication "breakdown" between him and its leaders.

Murad has asked to meet with Duterte on Wednesday, July 10. Panelo was unable to confirm if the meeting will push through.