Couple Alexander and Winona Birondo were arrested by combined elements of the District Special Operations Unit and the Criminal Investigation Detection Unit of the Quezon City Police District of the Philippine National Police at an apartment building in Barangay Maribio, San Francisco del Monte, Quezon City at around 5:30 in the morning.

Alex and Nona served as members of the NDFP’s peace talks secretariat from the second round of formal talks in 2016 up to the time the Rodrigo Duterte walked away from the negotiations in 2018.

They were supposed to join the NDFP delegation as early as August 2016 but the Department of Foreign Affairs failed to provide them new passports in time for the resumption of the negotiations in Oslo, Norway.

Before their arrest Tuesday, the couple were charged illegal possession of firearms and explosives, but released in August 2016 for the peace talks. Their case was eventually dismissed in June 2018. 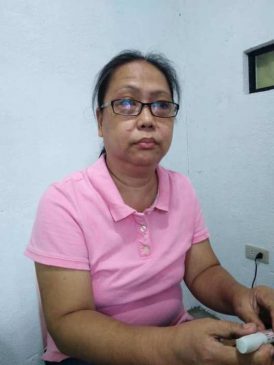 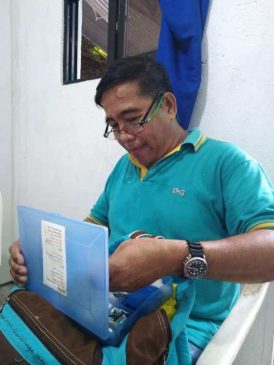 The police made the couple believe they had warrants of arrest and brought them to Camp Caringal, the PILC said.

“Even after they argued that the warrant was outdated and showed the dismissal order, they were taken to Camp Caringal where the Criminal Investigation and Detection Unit and the District Special Operations Unit desperately scrambled to add charges,” PILC managing counsel Rachel Pastores said in a statement.

Pastores said that new and unfounded cases of obstruction of justice and direct assault were filed against the Birondos at the Quezon City Prosecutors’ Office.

“Having verified that there are no standing warrants against the two, the police in an ill-prepared complaint, said that they did have one against a third person totally unknown to the Birondo spouses,” Pastores said.

The police said that the Birondos were harboring a certain Ka Apol in their apartment and allowed him to escape when the police were about to arrive.

Pastores said there was despite no trace or evidence of a third person in the small studio-type apartment.

“This type of contrivance is eerily similar to imaginary ‘buy-bust’ operations. This premise is dangerous; the police concocted the charges on the claims of a confidential informant, who may not be compelled to show up in court and may not exist at all,” Pastores said.

The Birondos are the sixth and seventh who participated in the peace talks in 2016 to be arrested and charged by the Duterte government.

NDFP Negotiating Panel chairperson Fidel Agcaoili condemned the latest arrests, saying the couple should be immune from surveillance and arrests under the Joint Agreement on Safety and Immunity Guarantees (JASIG).

“Alex and Nona acquired JASIG protection because of their stint as NDFP staff in the peace talks,” Agcaoili told Kodao.

“We condemn the government’s arrest of persons without warrants and whose cases have been dropped, as in the case of the Birondos,” he added.

Both in their 60s, the Birondos are known to be suffering from illnesses. Alex takes insulin shots for his severe diabetes.