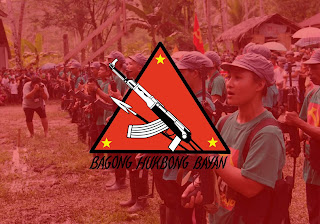 During the formal declaration led by Inday Flor B. Bangga, Barangay Chairwoman of Camam-onan and the surrender ceremony presided by Gigaquit Mayor Elvira Egay, 267 members of Underground Mass Organization (UGMO) members also withdrawn their support and pledged their oath of allegiance to the government.

Barangay Camam-onan of Gigaquit is one among the barangays considered as Conflict Affected Areas (ConAAs) in the province of Surigao del Norte which was also among the barangays declared as Peace and Development Zone (PDZ) that was launched last August 28, 2018.

The Peace and Development Zone is a joint peace-building initiative of Regional Peace and Order Council and the Regional Development Council of CARAGA Region in ConAAs which promotes the establishment of durable peace by addressing the root causes of conflict through reconciliation, peace constituency building, social, political and economic transformation.

"Way to go, we can achieve the peace that we are longing and cut the cycle of insurgency if we put our acts together and resolve issues and concern being used by the NPAs as propaganda subject," MGen. Santos said.