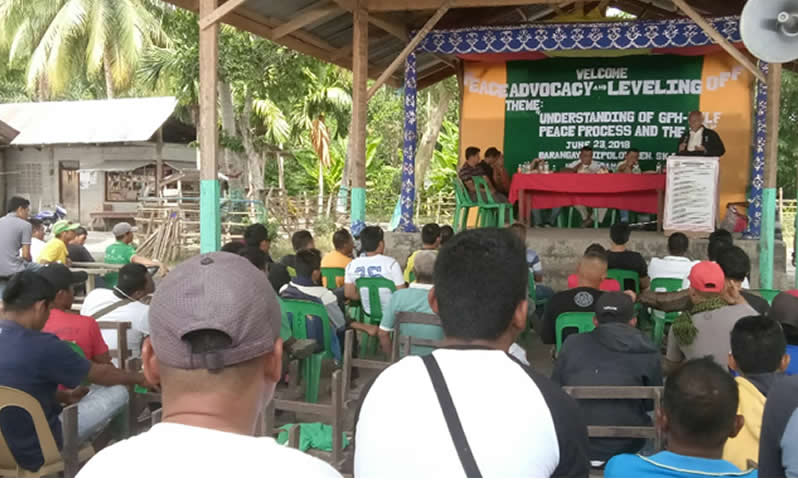 In a Peace Advocacy organized by the National Guard Front Guerilla Operation of the Bangsamoro Islamic Armed Forces-Moro Islamic Liberation Front (BIAF-MILF), Prof. Esmail A. Abdula underscored the passing by the BiCam Conference of a Bangsamoro Basic Law (BBL) that is acceptable to the Bangsamoro People.

Abdula is the President of Kalilintad Peacebuilding Institute President and Training Officer of the Bangsamoro Leadership and Management Institute (BLMI).

“Passing a CAB-compliant BBL will correct the historical Injustices committed against the Moro people and will solve the decades-long armed conflict in Mindanao”, added Abdula.

Abdula quoted President Duterte who said in one of his speeches, “We will try to pass the BBL with no cuts…”

"I will try to pass the Bangsamoro Basic Law (BBL) so that we can now move on to peace and development... The oil in Liguasan Marsh is yours and just make good to it... that is yours," Duterte told the guests at SMX Convention Center during the Eidl Fitre Dinner hosted by the National Commission on Muslim Filipinos (NCMF) for Muslim leaders in Davao City.

The Bangsamoro Basic Law (BBL) is the legal translation of the Comprehensive Agreement on the Bangsamoro (CAB) signed between the Philippine Government and the Moro Islamic Liberation Front in Manila on March 27, 2014 that will create a new region called Bangsamoro.