Sky Views: The beginning of IS in Asia?

From Sky News (Oct 31): Sky Views: The beginning of IS in Asia? (/By Katie Stallard)

Before their embrace of radical Islam, the leaders of the Marawi siege ran local militant groups in the southern Philippines.

Isnilon Hapilon, Islamic State's "emir" for south-east Asia, was better known here as the leader of the Abu Sayyaf Group (ASG), which specialised in kidnapping foreigners for ransom.

The Maute brothers, Abdullah and Omar, headed an eponymous private militia targeting businesses for extortion before rebranding themselves as IS Ranao, and joining forces with Hapilon.

Hapilon's faction pledged allegiance to Islamic State in 2014, with the Maute following in early 2015, beginning a series of clashes with the authorities, before fighting together under the black flag of IS in Marawi.

During the conflict, Islamic State made enthusiastic use of their footage in propaganda videos, claiming a new front in south-east Asia, and calling for fighters who could not make it to the Middle East to travel to the Philippines instead, although they stopped short of declaring a formal vilayat, or province, in Marawi. 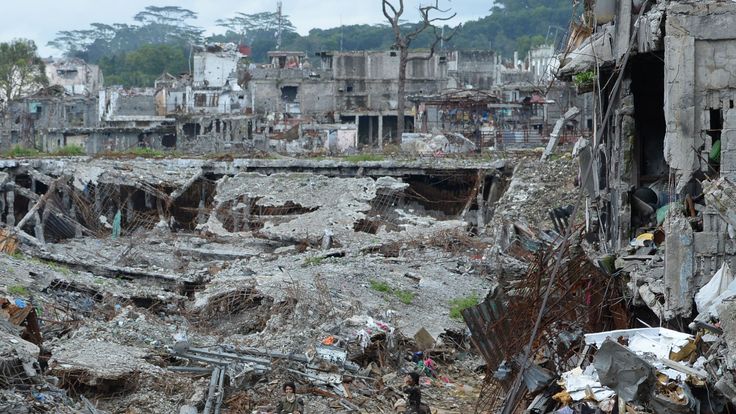 Image: The economic capital of the province has now been reduced to rubble

It would be naive to assume their ambitions in the region ended with the deaths of Hapilon and the Maute brothers.

This siege did not come out of nowhere.

The island of Mindanao has a long history of armed conflict, and a tradition of enmity towards the central government.

While the larger separatist groups have joined a peace process, and fought alongside government forces in Marawi, progress has been slow, and poor governance and grinding poverty prevail, alongside a plentiful supply of weapons.

The conditions that made this fertile recruiting ground for militants before the latest crisis all remain in place.

Add to this that the economic capital of the province has now been reduced to rubble, along with tens of thousands of homes and livelihoods.

There might be anger towards IS for starting the conflict, but that could quickly become refocused on the government's handling of it, as displaced families return to the city to find they have nothing left.

Senior military officers here understand this. The same Special Forces soldier who escorted our team into the main battle area, took us through a Powerpoint presentation on the work he is already doing in local evacuation centres.

"The rehabilitation starts before the battle ends," Lieutenant Villarosa said, as he showed us a project he had led to turn mortar boxes into planters for crops at a nearby camp, transforming tools of war into tools for peace.

The project is already yielding its first seedlings, and helping to return a degree of purpose and self-esteem to camp residents, as well as augmenting their basic rations.

"Basic needs will always come first," Lt Villarosa explained, and where those needs are not being met, people will be vulnerable to exploitation by militant groups. 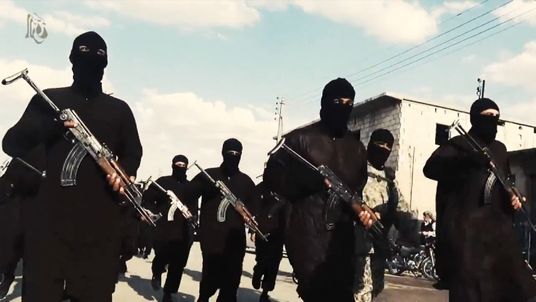 As Islamic State loses ground in Iraq and Syria, it is likely to redouble its efforts to exploit local causes and grievances, and areas of poor governance. Katie Stallard

He has seen this firsthand around his base in Basilan, formerly Isnilon Hapilon's stronghold, where he is involved with the "From Fighters to Farmers" programme.

"If the government doesn't act on food security, soldiers will die," he said.

"We have a mantra: where there is hunger, there is anger."

But the other group that understands this all too well is Islamic State and, as it loses ground in Iraq and Syria, it is likely to redouble its efforts to exploit local causes and grievances, and areas of poor governance.

This is not just an issue for the Philippines, but across the wider region.

The urgent priority now in Marawi is to rebuild not just homes, but trust in the government - the success of which will determine whether this was an isolated incident, or the beginning of the rise of IS in Asia.