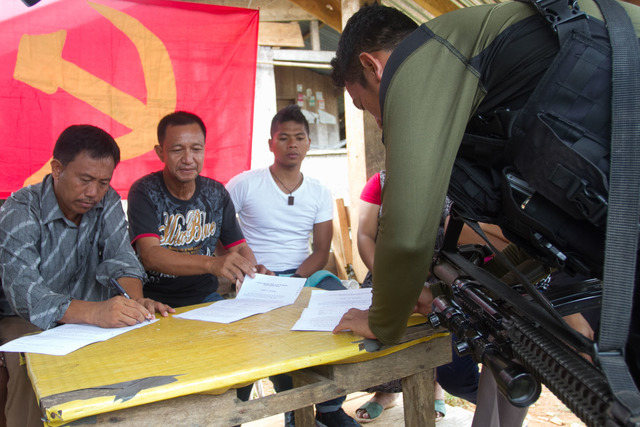 On Friday, July 28, Basabica was turned over to Kagawad Alicio Reyes of Barangay Aliwagwag, Cateel, Davao Oriental, and Reverend Jurie Jaime, a pastor of the United Church of Christ of the Philippines acting as a third-party, in Barangay Binondo in the hinterlands of Baganga town.
The National Democratic Front-Southern Mindanao Region ordered the police officer's release on humanitarian grounds.

Basabica, held captive for 17 days, was onboard a Mallen Bus for Davao City when he was captured by members of the NPA Guerilla Front 25 who set up a checkpoint along Kilometer 26, Barangay Panansalan, Compostela, Compostela Valley.

The policeman was originally scheduled to marry his fiancée today, July 29, at the Our Lady of Lourdes Parish Church in Bangkal, Davao City. 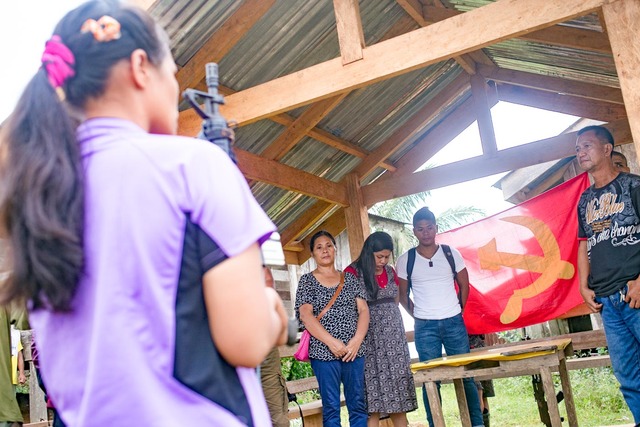 TOGETHER. PO1 Alfredo Basabica Jr (in white shirt) with his fiancée, Princes Dacuycuy (3rd from L), and mother, Edeline, during a short turnover ceremony for his release by the New People's Army in Barangay Binondo, Baganga, Davao Oriental on July 28, 2017.

Princes Dacuycuy, Basabica's fiancée, endured an hour's ride on a habal-habal (motorcycle) over rough single-track roads, not minding that she is already 6-months pregnant with their first child.

Dacuycuy, along with her father Edwin and Basabica's parents Alfredo Sr and Edeline Basabica, were present for the release of the captured policeman.

Ka Rene, speaking for the NPA Guerilla Front 25, said the policeman's release was delayed due to continuous military operations.

The NPA released a video of Basabica asking President Rodrigo Duterte for a suspension of military and police operation to facilitate his release. 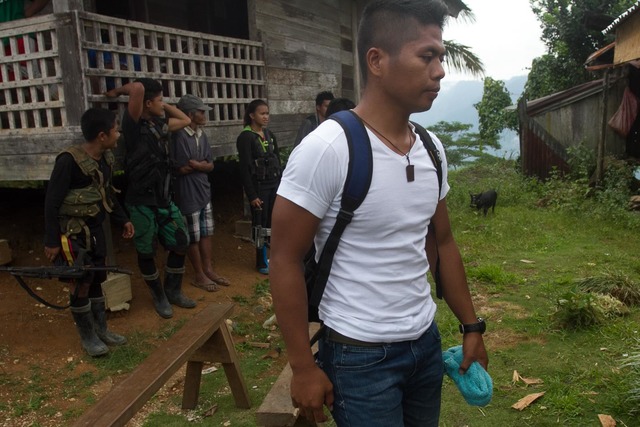 FREE. PO1 Alfredo Basabica Jr walks to his freedom after being released by the NPA in Barangay Binondo, Baganga, Davao Oriental on July 28, 2017.

Basabica said they moved location continuously to avoid military forces, walking from sun up to sun down every day during his captivity.

Basabica's release came after the President said he wants to end peace talks with the communist rebels after an NPA attack on his security aides in Arakan, Cotabato on July 18.

He reiterated that his decision was final in a press briefing after his second State of the Nation Address, ordering for the military and police to be "unforgiving to the communist rebels."

http://www.rappler.com/nation/177091-npa-releases-policeman-davao-oriental
Posted by Retired Analyst at 1:20 AM