Local TPMT member Rahib Kudto said the non-passage of BBL will just deepen the frustration of the Bangsamoro people and may drive Muslim youth to join extremists like the Maute Group that sowed havoc in Marawi.

“Failure to pass the CAB-compliant BBL may worsen the already volatile situation in Southern Philippines,” Kudto said and added that the proposed legislation will bring realization to the aspiration of the Bangsamoro people for genuine peace and development.

Despite the failure of the 16th Congress under the previous administration, the monitoring body has expressed optimism that the BBL will be passed given that President Rodrigo Duterte has already committed to bring peace to Mindanao.

The Duterte administration has laid down two tracks in addressing the Bangsamoro issue, the passage of the BBL and shifting the form of government from unitary to federalism.

“The period of transition from the administration of President Benigno S. Aquino III to that of President Rodrigo Roa Duterte has seen some continuity but also change in the roadmap for implementation of the CAB,” Oruc said.

Karen Tañada, another local TPMT member, hoped that challenges in passing the BBL will be hurdled, like the issue on the constitutionality of the provisions of the proposed Bangsamoro law.

She said whether the provisions of the BBL is constitutional or not will depend upon the thinking of the legislators and soon the members of the Supreme Court.

Tañada added that with the passage of the BBL, the normalization process which is part of the implementation of the peace agreement will go on smoothly. 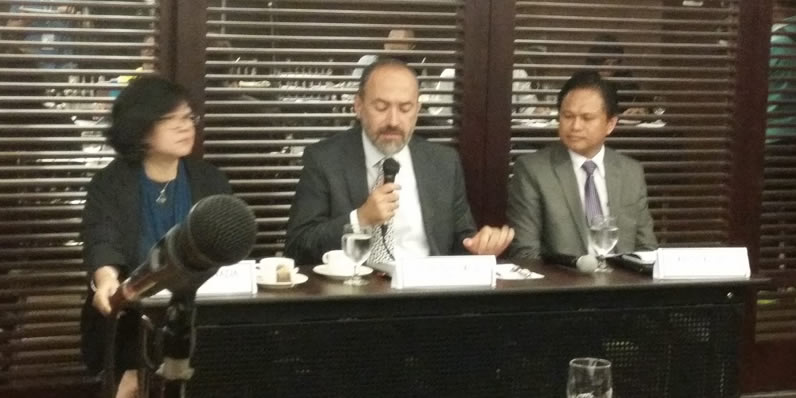 http://www.luwaran.com/news/article/940/bbl_is_anti_dote_to_violent_extremism_in_the_south__third_party_monitoring_team
Posted by Retired Analyst at 3:31 AM