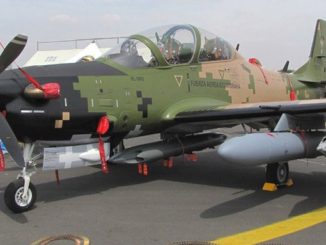 The Department of National Defense (DND) confirmed to Update Philippines that Brazilian aerospace conglomerate Embraer was declared as the lowest calculated bidder in the ongoing Close Air Support Aircraft Acquisition Project for the Philippine Air Force.

“Embraer was determined as the lowest calculated bidder for the Close Air Support Project, but they still have to undergo and pass the post-qualification inspection to be awarded the contract,” DND told Update Philippines.

Post-qualification inspection includes the checking of manufacturer’s facilities and the aircraft offered.

Embraer offered the Embraer EMB 314 Super Tucano also referred to as A-29.