Posted to the Moro Islamic Liberation Front Website (May 29): ‘Let Us Stand As One Ummah For Peace In Marawi, For Peace In Mindanao’-YMPN 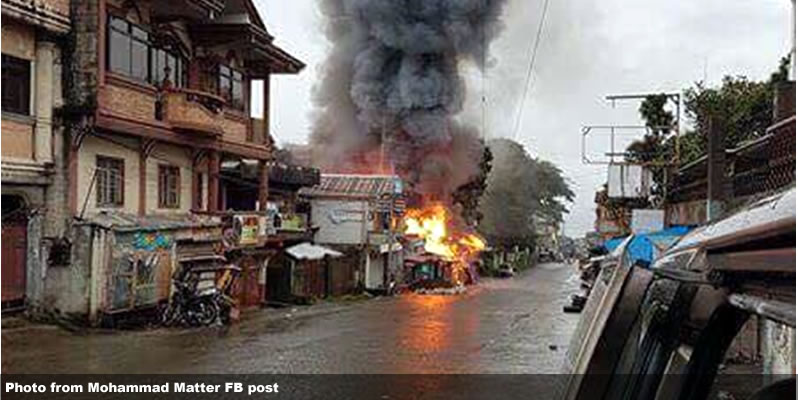 Bothered by the disturbing events that unfloded in the country’s Islamic city, the Young Moro Professionals Network (YMPN) issued a statement calling the Bangsamoro people to stand as one Ummah for peace in Marawi and Mindanao as a whole.
Fierce firefight between the government troops and suspected combined local terrorists, the groups of Maute and Abu Sayaff, erupted in Marawi City that started on Tuesday afternoon. The armed confrontation claimed lives from both sides and drove mass evacuation.

The tragic event also prompted President Duterte to declare state of martial law in Mindanao group of islands for a period of sixty days.

“Whereas today, 23 May 2017, the same Maute terrorist group has taken over a hospital in Marawi Lanao del Sur, established several checkpoints within the city, burned down certain government and private facilities and inflicted casualties on the part of government forces and started flying the flag of the Islamic State of Iraq and Syria (ISIS) in several areas, thereby openly attempting to remove from the allegiance to the Philippine Government this part of Mindanao and deprived the Chief Executive of his powers and prerogative to enforce the laws of the land and to maintain public order and safety in Mindanao constituting the crime of rebellion,” the President’s declaration stated.

Both the Abu Sayyaf and Maute have pledged allegiance to ISIS believed to draw financial assistance from the terror group in the Middle East.
A video shared in social media showed men wearing mask, believed to be from Maute Group, hoisting black (ISIS) flag in front of Amai Pakpak Provincial Hospital in Marawi.
“We appeal to our leaders to ensure the safe passage of our brothers and sisters from Marawi, especially since Martial Law has been declared.

We appeal for transparency from them to ensure that human rights are safeguarded,” the YMPN further stated.

The youth group also cited its support to “all peace building efforts in addressing the roots of terror and grievances.”

They also urged the public not to spread false information that would create panic but instead use social media to share useful information to help secure the residents of Marawi City.

“We appeal to our leaders to ensure the safe passage of our brothers and sisters from Marawi, especially since Martial Law has been declared.

We appeal for transparency from them to ensure that human rights are safeguarded,” the YMPN pleaded.

At present the officers and members of YMPN are engaged in relief operation efforts for the displaced civilians who took refuge from Iligan city and its nearby municipalities.

Marawi City is the capital of Lanao del Sur Province which is comprised of 39 towns. It has a population of more than two hundred thousand.
http://www.luwaran.com/news/article/869/---let-us-stand-as-one-ummah-for-peace-in-marawi--for-peace-in-mindanao----ympn
Posted by Retired Analyst at 10:23 PM