Duterte to meet with Gloria Arroyo, Nur Misuari on Nov 28

From Rappler (Nov 28): Duterte to meet with Gloria Arroyo, Nur Misuari on Nov 28 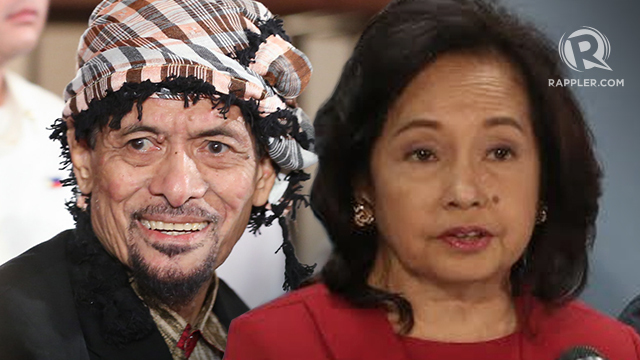 This is the first time Duterte will have a one-on-one meeting with Arroyo in Malacañang. The last time the former president was in the Palace, it was to attend the first National Security Council meeting under the Duterte administration. Former presidents Benigno Aquino III, Fidel Ramos, and Joseph Estrada were also at the meeting.

Arroyo has been profuse in her gratitude for Duterte after the plunder case against her was dismissed by the Supreme Court last July, ending her nearly 4 years of hospital arrest.

She had expressed her "heartfelt appreciation" to Duterte for allowing her case to "take its course totally unhampered."

Since then, Arroyo has vowed to fully support Duterte in Congress.

On the other hand, Misuari's meeting with Duterte on Monday will be the second time he sets foot in Malacañang under the Duterte administration.

The first time was when he was flown to the Palace from Sulu mere hours after the publication of a court order suspending arrest warrants against him.

His temporary freedom is intended to allow him to participate in the Mindanao peace process.

Misuari has thanked Duterte for his "freedom" and promised to engage with the government peace panel by drafting his own proposal to amend the powers and territory of the Autonomous Region in Muslim Mindanao (ARMM).