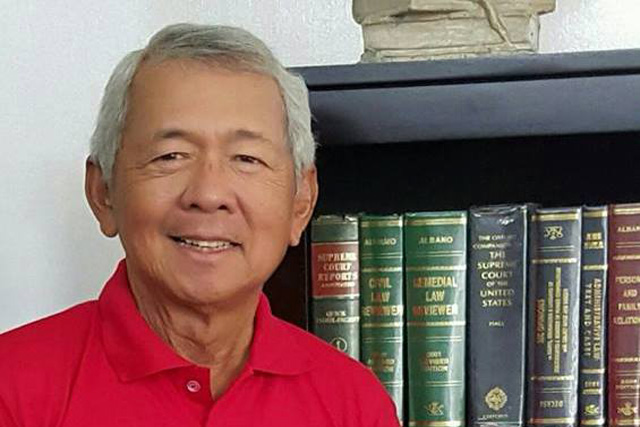 The Duterte administration is committed to the Enhanced Defense Cooperation Agreement (EDCA) with the United States and is not planning to have it reviewed, Foreign Affairs Secretary Perfecto Yasay Jr. said yesterday. Perfecto Yasay/Facebook

The Duterte administration is committed to the Enhanced Defense Cooperation Agreement (EDCA) with the United States and is not planning to have it reviewed, Foreign Affairs Secretary Perfecto Yasay Jr. said yesterday.

“I don’t believe that there is any move for us to review EDCA,” Yasay said in his first press conference.

In Washington, the State Department said the US is looking forward to working with Duterte.

Leaders of militant groups met with President Duterte on Thursday at Malacañang after his inauguration and called for a review of the EDCA, the Visiting Forces Agreement (VFA) and the 1950s-era US-Philippines Mutual Defense Treaty.

Yasay explained a review of any provisions of EDCA should be in accordance with a process mutually agreed upon by parties, noting that the Supreme Court upheld the legality of the defense arrangement last January.

“There has been no request from any of the parties to EDCA to review the same document,” Yasay said. “So on that basis I will categorically say to you that EDCA stands firm and the Supreme Court upheld its constitutionality.”

In his inaugural speech, Duterte vowed to respect international treaties and obligations entered into by the Philippines.

Yasay said he does not know of anyone in the Cabinet who does not fully subscribe to the President’s declaration that “we are firm in our commitments with respect to our international agreements and treaty obligations.”

“I know everyone in the Cabinet strongly supports the President on this matter,” he pointed out.

Yasay stressed that while the President is the architect of foreign policy, he is obliged by the Constitution to uphold and protect foreign relations for the sake of national interest, sovereignty and right to self-determination.

“So in that regard, the matter of making sure that our relationship with everybody is also maintained,” he said.

He maintained that while the Philippines has a special relationship with the US, it also has special ties to preserve and enhance with China despite the latter’s claiming waters within Philippine jurisdiction.

“It is our objective to make sure that everybody, as mandated by the Constitution, adheres to the principles of international law and the rule of law. We will pursue resolution of conflicts with them within the context allowed by our Constitution,” Yasay said.

He gave assurance the country’s relationship with the US would continue to flourish and Manila would always be willing to accept assistance from its superpower ally, just as it would from China.

But the Philippines, he said, would not take any offer that is inconsistent with the country’s interest.

“So we’ll be looking in a very objective manner in our desire to carry on an independent, balanced and pragmatic foreign policy.”

The Department of Foreign Affairs (DFA) said EDCA has very clear benefits for the Philippines. In addition to strengthening the Philippines’ defense capabilities, it also allows for enhanced inter operability with the defense systems of security partners.