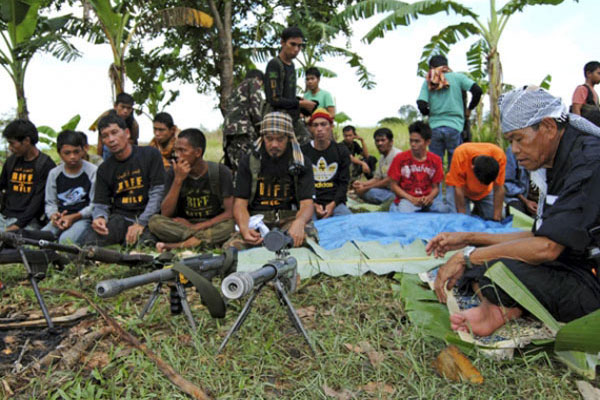 Rival forces of the Moro Islamic Liberation Front and the Bangsamoro Islamic Freedom Fighters again traded shots on Wednesday at the border Maguindanao and North Cotabato provinces, the second MILF-BIFF encounter in the area since Monday.

Edralin said exchanges of automatic gunfire were heard in villages around Kalbugan, a known gateway to the 220,000-hectare Liguasan Delta, a known lair of rebel groups, some led by radical jihadists.

The rival groups of Saligan and Commander Falcon, who belong to the MILF’s 108th Base Command, are locked in squabbles for control of strategic areas in the Liguasan Delta at the marshy border of Maguindanao and North Cotabato.

Saligan and his men are based near Mlang town in west of North Cotabato.