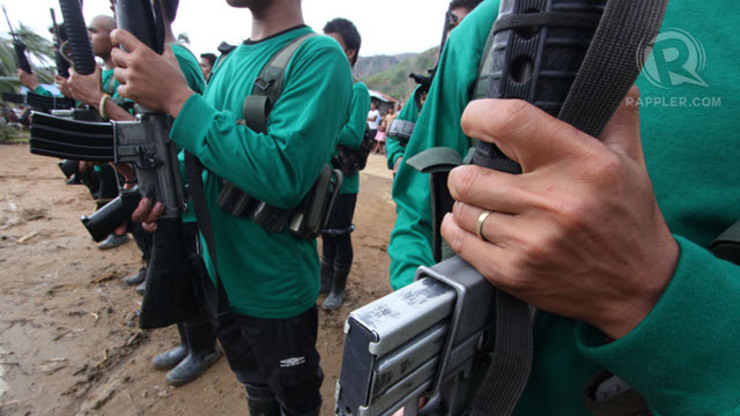 The Philippine government's chief peace adviser on Wednesday, December 31, condemned the recent attacks of the New People's Army (NPA) despite the month-long unilateral ceasefire extended by the government and pronoucement pointing to a resumption of peace talks between the two sides.

In a statement, Chief Peace Adviser Teresita Quintos Deles said the NPA attacks in Camarines Norte, Davao del Norte, and Compostela Valley were "acts of senseless violence" that came despite the observation of the holidays.

"In blatant disregard of the Christmas season, when our people desire and expect peace and goodwill, the CPP-NPA-NDF has reciprocated government’s gesture of a month-long unilateral ceasefire with acts of senseless violence," Deles said.

Two separate attacks occurred just days before the Communist Party of the Philippines (CPP) confirmed that there are "ongoing peace negotiations" with the Aquino government.

Deles said NPA rebels set fire to heavy equipment and a civilian-owned vehicle in Paracale, Camarines Norte on December 22, allegedly in retaliation for the civilians' refusal to give in to extortion.

On December 29 – three days after the CPP's announcement – two unarmed soldiers and a member of a government paramilitary group in civilian clothes were allegedly killed by NPA members.

First Lieutenant Ronald Bautista, Private First Class Albert Amor and CAA Renel Baluca were on their way to spend the holidays with their families when they were shot, Deles said.

The peace adviser challenged the NPA to "walk their talk" to show their commitment to the resumption of peace negotiations with the government.

"If they are truly serious in their call for the resumption of peace negotiations with Government, we challenge‎ them to walk their talk and stop harassing development projects, civilians and unarmed soldiers on holiday. There is no way to peace but through peace," she added.

http://www.rappler.com/nation/79478-ph-government-condemn-npa-attacks
Posted by Retired Analyst at 5:52 AM