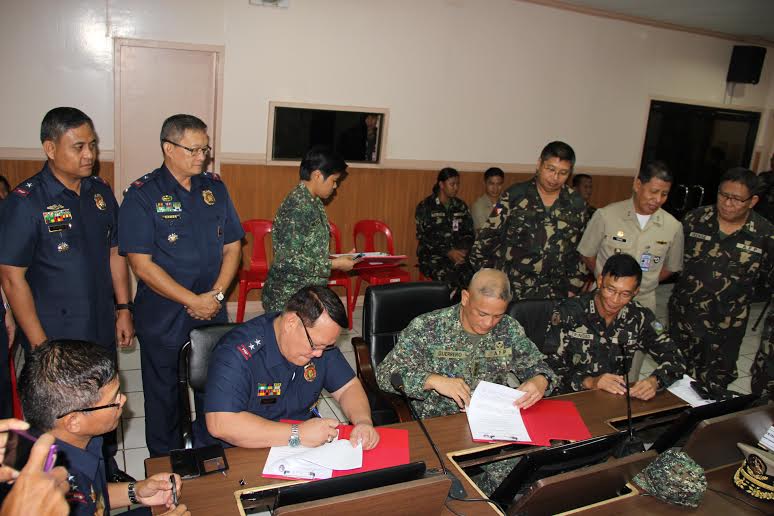 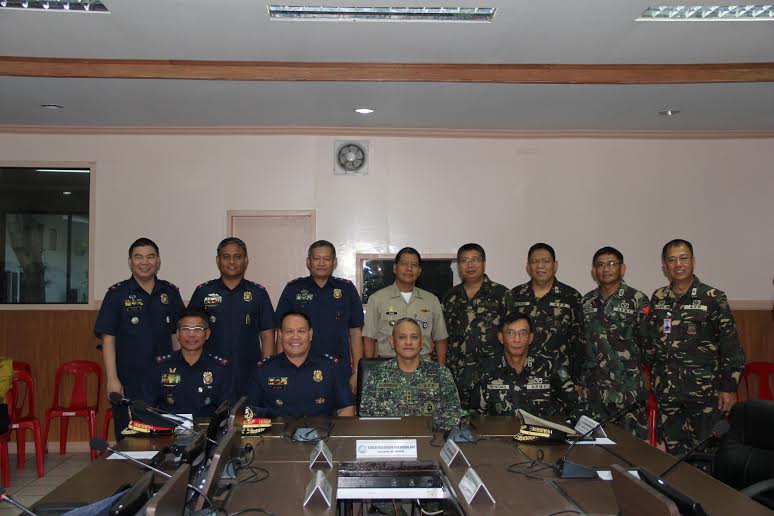 Military and police authorities in western Mindanao have signed an agreement that would unify efforts in battling insurgencies and terrorism in that part of the southern .

Marine Capt. Maria Rowena Muyuela said senior military and police officers led by Lt. Gen. Rustico Guerrero, of the Western Mindanao Command; and Police Director Edgardo Ingking, of the Directorate for Integrated Police Operations, signed the “Joint Letter Directives” that solidify the unity of effort between the Armed Forces of the Philippines and the Philippine National Police in addressing peace and security concerns in the region.

The accord will address the growing threats pose by the Abu Sayyaf and Jemaah Islamiya militants who are behind kidnappings for ransom and terrorism; and the communist New People’s Army rebels.

“This (agreement) will further boost government efforts in fighting lawlessness and at the same time effectively promote peace and development in partnership with local governments and the communities as well. This is a very good development both for the AFP and the PNP,” Muyuela told the regional newspaper Mindanao Examiner.

It was the second accord entered between the AFP and the PNP this year.
In July, AFP and PNP authorities also signed a similar agreement that paves way for a joint anti-insurgency operation in eastern .

The signing ceremony was also attended by army commanders from the 4th and 10th Infantry Divisions and representatives from the AFP General Headquarters.

The JSOP prescribes certain minimum actions or responses pertaining to the counter-insurgency campaign by the PNP and AFP operating forces working under the Area Joint Peace and Security Coordinating Center Eastern Mindanao within the territorial boundaries of Regions 10, 11, 12 and 13 in accordance with the established Condition Situation Response System.

The new system will further enhance the interoperability operations between the police and military and effectively address the threats pose by the communist rebels and other threats, including terrorism.

Capt. Franco Suelto, a spokesman for the 1st Infantry Division, and Insp. Dahlan Samuddin, a regional police spokesperson, told the regional newspaper Mindanao Examiner that police and military forces are closely coordinating its efforts in law enforcement and anti-insurgency operations, and have been successful so far in their security campaign.

The joint police and military operations, according to Suelto, is covered by a Joint Letter Directive which mandates the AFP to support PNP law enforcement operations against lawless groups; and the Internal Peace and Security Operation that also mandates the PNP to support the AFP in counter-insurgency operations.

A Joint Peace and Security Coordinating Center was also created to craft and implement plans for intensified security operations against lawless and criminal elements, private armed and other threat groups in support of the local governments; assume functions during elections; monitor and assess peace and security situations; coordinate the implementation of necessary measures to ensure peace and security in their area of responsibility; conduct intensified law-enforcement; initiate and coordinate training and exercises; conduct information dissemination of timely and relevant information and enhance awareness program.

“Police and military efforts in maintaining peace and order, and the close coordination with the local government units in protecting the civilians, are working perfectly well with the support of course of various sectors of the society, the community and the public,” Suelto said.

Just this year, a joint police and military operation led to the capture of a senior NPA leader, Mercy Maghinay, in Zamboanga del Norte’s Siayan town following a clash with rebels. Security forces recovered a shot gun, a .45-caliber pistol, a hand grenade and some P100,000 in cash from Maghinay.

Brig. Gen. Gerardo Barrientos, Jr, commander of the 1st Infantry Division, said Maghinay heads the NPA forces in the province and was behind the spate of attacks on military and police targets. He said in , policemen and army troops from the Task Force Zamboanga have captured more than a dozen Abu Sayyaf militants in joint operations in recent months.