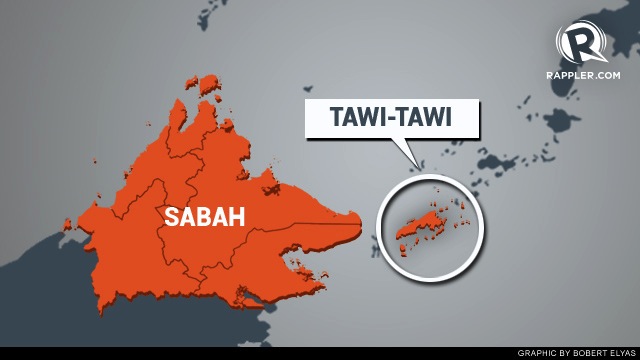 , – They were part of a covert military operation to seize from Malaysian control in the late 1960s. This time around, they are part of an overt plan to claim it again.

Two of the members of the Royal Sultanate Army – or the Royal Sultanate Force (RSF), as they're commonly known here – who trooped to Sabah on Feb 14, 2013 were among the recruits of the Jabidah commando unit under the secret plot Oplan Merdeka 4 decades ago. (Read: Sabah, Merdeka and Aquino)

Oplan Merdeka (freedom in Bahasa Melayu) was hatched by the Marcos military to send Muslim recruits to invade in 1968. The exposed plot soured relations between and , prompting the latter to train and provide sanctuary to rebels belonging to the Moro National Liberation Front.

It is also here, in this picturesque Simunul town lulled by clear waters and white sand, where the Jabidah unit's chief recruiter and trainor, then Army Maj Eduardo Martelino, held initial training for his recruits. He set up a training camp here called Sophia, named after a beautiful Simunul lass he later married.

Two of Martelino's recruits, Musa Abdulla and Ernesto Sambas, were among at least 13 Simunul residents who boarded two ships to Lahad Datu, along with about 200 of their comrades, last February 14.

The two were able to escape from in 1968 before the military shot dead their fellow recruits in what is now known as the Jabidah massacre, that lit the Muslim rebellion in .

Today, Musa and Sambas are said to have cut off communication with their families in Simunul. Did they survive the Malaysian military offensive in Lahad Datu? Or were they among the reported 60 casualties in the Sabah standoff? No one here knows.

Although they share a common past, Abdullah and Sambas have different stories to tell.

Musa is the known military strategist of the gunmen in .

On the other hand, Sambas is a frustrated soldier who had tried in vain to return to service. He was the first Jabidah recruit from Simunul to be commissioned by the military as an officer with the rank of 2nd lieutenant, according to the book "Under the Crescent Moon: Rebellion in Mindanao" by Marites Dañguilan Vitug and Glenda M. Gloria that was first published in 1999.

While Raja Muda Agbimuddin Kiram, an heir of the Sultan of Sulu, is the known leader of the armed Filipinos now on the run in Sabah, it was really Musa who mapped out the plan behind the standoff, Simunul residents told Rappler. (Read: Raja Muda escapes arrest)

Now in his 60s, Musa is the deputy chief of staff of the RSF, a rank below Raja Muda, they added.

After the botched Merdeka plan, Musa retired from the military. It's unclear what he did for a living in the succeeding years. Somewhere in between, he became the deputy chief of staff of the RSF.

Simunul Mayor Nazif Ahmad Abdurahman said Musa lived a retiree’s life. He would farm every now and then and was often seen buying fish from the port on early mornings. Musa’s wife, Aurelia, is the principal of .

Musa’s home, a tattered wooden abode with a run-down car parked in a makeshift garage, is located by the side of the RSF camp in Simunul. From his house, he would have a good view of the entire camp, especially the meeting area where RSF members held regular meetings before the standoff.

Akmad, who was left behind when the group went to Sabah, said that during his one-month stay before the standoff, Raja Muda – who lives in Barangay Tubig Indangan, a kilometer away from the camp -- only visited their camp "sometimes."

It was Musa, Akmad said, who taught them about “military rules.”

Akmad refused to provide details of their “trainings," but denied these included firing guns.

Musa’s wife, Aurelia, said he told her about their plan before the group left for .

“The truth is, he said goodbye. Even if I didn’t want him to go, I can’t do anything about it,” she said in Filipino over the phone.

At the height of the second Malaysian assault on Lahad Datu on March 5, a police official told us: “Kapag si Musa ang nawala o nahuli, wala na, dun na mabubuwag iyan, (If Musa dies or is captured, that’s when the forces will be defeated)."

A few hours after, the Kiram family declared a ceasefire – an appeal that Malaysia rejected.
Musa’s wife said she has not talked to Musa since he left because Musa didn’t own a cell phone.

Sambas has a slightly different narrative.

When news broke about the Jabidah massacre on Corregidor Island in 1968, Sambas’ father, a former barangay chairman for 20 years, quickly travelled from Tawi-Tawi to Manila to fetch his son from Fort Bonifacio.They returned to their home in Barangay Manuk Mangkaw on Simunul Island. 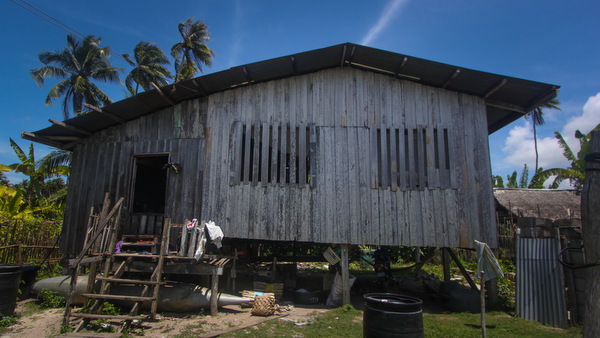 “His father brought him home to show our neighbors that he is alive,” Sambas’ wife, Rubia said in Sinama, the language of the Sama.

After Sambas left Fort Bonifacio, he was never able to do what he has always aspired for – to become a soldier again.

A framed certificate that shows Sambas had completed his initial Jabidah military training course hangs on the wall of Sambas' house. Aurelia said his husband served as 2nd lieutenant of the Jabidah commando unit.

"Under the Crescent Moon" tells Sambas' story as the first Jabidah recruit to be commissioned officer by the Army. "[Sambas] remembers that day in 1967 when he saw [then Maj Eduardo] Martelino's recruits jogging on the rugged streets of Simunul. 'They looked like they were having fun.' One morning, Martelino passed by Sambas' house, looking for the latter's father who was then a municipal official. Martelino ended up talking with Sambas who signified his interest in joining the troops he saw."

"It didn't take much on Martelino's part to lure Sambas into joining the Sabah mission. Sambas claimed they were told early on about this plan even while they were still in the training camp in Simunul. He was thrilled by the prospect of becoming a soldier and joining an elite mission at that. In August 1967, Sambas joined Martelino's men in their combat training at Camp Sophia, which overlooked the sea."

Sambas lived his post-Jabidah life hoping that he could one day return to the army.
Promises were made but none pulled through, including one by the late Brig. Gen. Eduardo Batalla, then commander of the Philippine Constabulary in Western Mindanao, whom Sambas’ wife said was his contemporary in the military.

Battalla had supposedly said he would help Sambas return to the military once he became a general. Batalla had reason to make such a promise; he, too, was one of the young officers assigned to train the Muslim recruits on Corregidor Island, according to the book.

But Batalla was slain in Zamboanga City in a 1989 botched operation against gang leader Rizal Ali.
“He became frustrated and disappointed. He suffered from low self-esteem,” Sambas' wife told us.
Sambas spent most of time at home and was never able to get a decent job. None of his 3 kids were able to finish schooling.

At 64, Sambas still held on to his dream of going back to service, and his wife continues to question why none of those who said they would help him ever got back to them.

Unlike Musa, Sambas did not tell his wife that he was going to Sabah. Aurelia said Sambas quietly and hurriedly packed his things on the day of February 14.

“I asked him where he was going but we couldn’t talk to him. He wasn’t answering,” she said.

She only learned about the Sabah standoff after watching TV news, the main source of information for Simunul residents. The family was able to contact Sambas during the first two days of their stay in Sabah.

But they have not heard from him since.

Would Musa and Sambas repeat history and live to tell another Sabah story?

http://www.rappler.com/nation/23484-jabidah-recruits-sabah
Posted by Retired Analyst at 6:20 AM