Canada and the Philippines signed a deal Saturday, November 10, to help Manila buy military equipment to defend its territory, Canadian Prime Minister Stephen Harper and Filipino President Benigno Aquino said. The Philippine defence department and state-run Canadian Commercial Corp. signed the agreement as Harper met Aquino at Malacanang Palace in Manila, the two leaders announced at a joint news conference. The deal was inked amid a territorial dispute between the Philippines and China over islands and waters in the South China Sea. "This memorandum of understanding will enable the Philippines to acquire the equipment and expertise it needs to fulfil the country's defence and security agenda," Harper said. Under the deal, Filipino purchases of equipment and expertise from Canada's $12.6 billion (US$12.6 billion) defense industry are guaranteed by the Ottawa government, according to a Canadian government statement. "This will help us in our efforts to build our defense and security capabilities," Aquino said, declining to elaborate. "I cannot go into specifics lest they be observed by less friendly individuals," he added.... 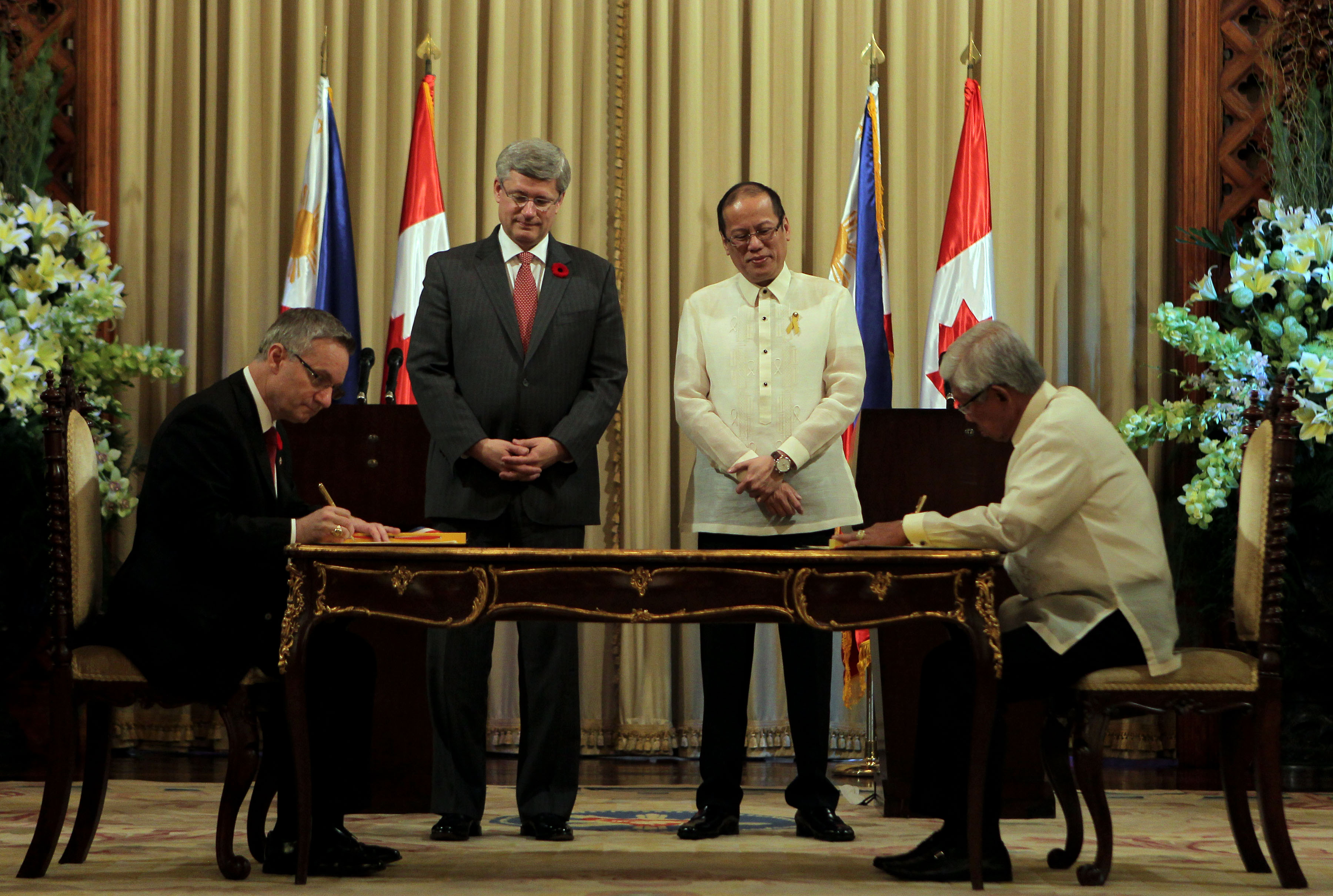 Procurement deal.   President Benigno S. Aquino III and The Right Honourable Stephen Harper, Prime Minister of Canada, witnessed as Defense Secretary Voltaire Gazmin and Canadian Minister for International Trade Ed Fast signs the Memorandum of Understanding (MOU) between the Philippine Department of National Defense and the Canadian Commercial Cooperation on government-to-government transactions in defense and military-related procurements, at the Reception Hall, Malacañan Palace during his State Visit to the Republic of the Philippines on Saturday, November 10, 2012. Photo by: Benhur Arcayan / Malacañang Photo Bureau

http://www.rappler.com/nation/15869-canada,-philippines-ink-defence-procurement-deal
Posted by Retired Analyst at 5:50 AM