The communist rebel leader earlier declined to reciprocate the government's ceasefire, which President Rodrigo Duterte ordered as the country battles the novel coronavirus 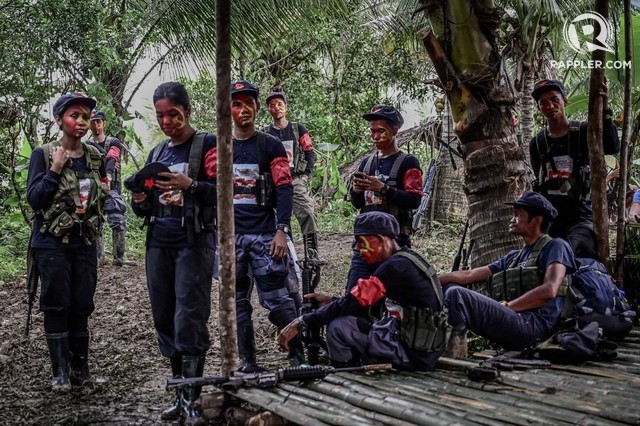 Taking his cue from the United Nations (UN), Jose Maria “Joma” Sison, the exiled founder of the Communist Party of the Philippines, called for a ceasefire with the government as the world battles a pandemic of the novel coronavirus.

Sison on Tuesday, March 24, advised the negotiating panel of the National Democratic Front of the Philippines (NDF) to recommend to the group’s national council “the issuance of a unilateral ceasefire declaration by the Communist Party of the Philippines (CPP) to the New People’s Army (NPA),” he said in a statement on the NDF website.

The Philippine government already declared a unilateral ceasefire with the communist rebel group last week, with Defense Secretary Delfin Lorenzana officially ordering the military to stand down on Thursday, March 19.

Sison’s call for a ceasefire is “in order to respond to the call of UN secretary general Antonio Guterres for a global ceasefire between warring parties for the common purpose of fighting the COVID-19 pandemic.”

“The NDF and the broad masses of the people themselves need to refrain from launching tactical offensives to gain more time and opportunity to fight the COVID-19 pandemic and to look after the health and over-all welfare of the people in both urban and rural areas,” Sison added.

UN chief Guterres earlier on Tuesday called for an “immediate global ceasefire” to help the world fight the virus, saying armed conflict debilitates affected countries from responding to the pandemic.

"To warring parties, I say: Pull back from hostilities. Put aside mistrust and animosity. Silence the guns; stop the artillery; end the airstrikes," Guterres said in a speech at the UN headquarters in New York.

President Rodrigo Duterte had broached a ceasefire with the communists during his televised address on March 16, when he expanded the lockdown of Metro Manila to cover all of Luzon island, and to restrict all non-essential activities for nearly a month.

Sison declined to reciprocate the truce at the time, and called it “premature, if not insincere and false.” He also criticized the “enhanced community quarantine” of Luzon as a “militarist” move meant to intimidate and immobilize the populace.

Lorenzana also then expressed distrust in the rebels, and instructed the military to remain on guard against possible guerrilla attacks.

Similarly, Sison said, "While the [NPA] can cease and desist from launching tactical offensives against the military, police and paramilitary forces of the [government], it must be vigilant and be ready to act in self-defense against any tactical offensive."

The Duterte administration attempted to negotiate peace with the CPP-NPA-NDF, but efforts bogged down in November 2017 when Duterte accused communist guerrillas of violating a ceasefire.

The government has since determined to stamp out the rebellion, with Duterte wanting full victory by the end of his term in mid-2022.

In December 2018, Duterte began a “localized” tack in combatting the rebellion by enticing guerrillas to defect with offers of cash incentives and livelihood packages. Meanwhile, military offensives against communist targets continued.

In December 2019, Duterte again offered to talk peace with Sison, but both men have so far failed to agree on a venue.

Now, both sides have officially agreed to temporarily cease hostilities as the country struggles to contain the coronavirus outbreak. Luzon is set to remain on Lockdown until April 12, and Metro Manila, until April 14. Other provinces, cities, and municipalities have also gone on lockdown as they reported local cases of the disease.

The Philippines has recorded 501 confirmed cases of the virus, with 19 recoveries and 33 deaths as of Tuesday morning.

https://www.rappler.com/nation/255687-joma-sison-calls-ceasefire-government-coronavirus-march-2020
Posted by Retired Analyst at 3:49 AM