The new research centers are on Zamora and Kagitingan reefs, which China has turned into military bases 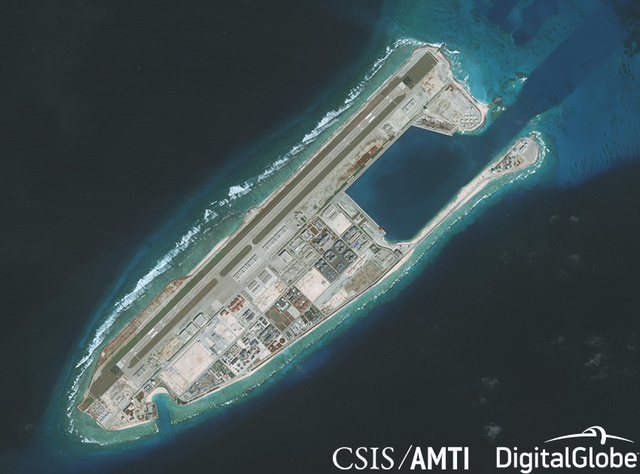 China has opened two new new research outposts in the West Philippine Sea, on artificial islands that used to be submerged reefs and are claimed as territory by the Philippines.

The Integrated Research Center for Islands and Reefs of the Chinese Academy of Sciences (CAS) officially launched research centers on Zamora (Subi) Reef and Kagitingan (Fiery Cross) Reef, according to a report by the Chinese state-run Xinhua news agency on March 20.

“The Yongshu research station and Zhubi research station, with a number of laboratories on ecology, geology and environments, can support scientists in field investigation, sampling and scientific research on Nansha Islands, according to a source of the CAS,” the Xinhua report stated.

“Yongshu” refers to Kagitingan Reef, and “Zhubi,” to Zamora Reef. “Nansha Islands” is China’s term for the Spratly group of islands, which includes the Philippine-claimed Kalayaan Island Group (KIG).

China started reclaiming these and 5 other reefs in the West Philippine Sea in early 2015.

The West Philippine Sea is the area within the South China Sea that belongs to the Philippines, consisting of its international law-mandated exclusive economic zone (EEZ) and the outlying portion of the KIG.

A triangle of outposts

The two new stations complement the CAS’ Meiji Research Center built earlier on Panganiban (Mischief) Reef, which China calls “Meiji.” Together, the 3 outposts have formed an “integrated scientific research base” for China, the report said. 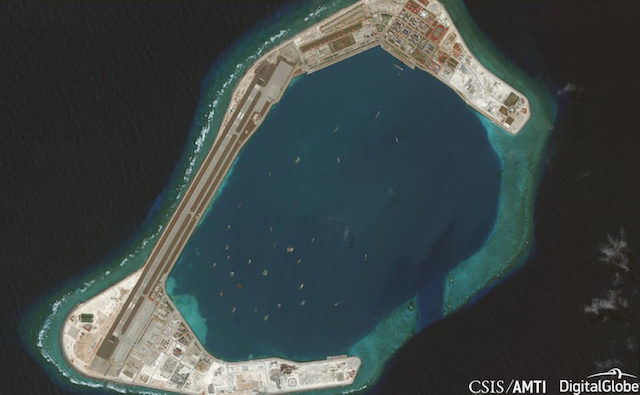 ZAMORA REEF. This satellite photo shows vessels inside the harbor of Zamora (Subi) Reef, reclaimed and built into a military base by China. Photo from AMTI-CSIS/DigitalGlobe

All 3 reclaimed islands are fitted with military facilities, including missile systems, naval harbors, and 3-km runways worthy of fighter jets.

Zamora Reef lies less than 26 km away from Pag-asa (Thitu) Island, the Philippines’ main outpost in the KIG inhabited by some 250 people, mostly civilians.

The facilities will be “further optimized” as China plans to “focus on research areas in the fields of ocean acidification, micro-plastic pollution, coral reef ecosystem conservation and marine disaster treatment,” the report added.

The July 12, 2016 ruling by the United Nations-backed arbitral tribunal in the Hague stated that China's large-scale land reclamation in the West Philippine Sea has "caused severe harm to the coral reef environment and violated its obligation to preserve and protect fragile ecosystems."

The same ruling debunked China’s spurious 9-dash line claim that eats up most of the West Philippine Sea, and affirmed the Philippines’ sovereign rights in its EEZ.

On March 2, the Armed Forces of the Philippines Western Command based in Palawan reported that 136 Chinese vessels were spotted around Pag-asa Island in January and February. The sightings were part of a now nearly yearlong deployment of seemingly fishing boats to waters surrounding the Philippine-held island.

Experts and Philippine defense officials suspect the vessels to be Chinese militias – a paramilitary force asserting China’s presence in the contested area.

National Security Adviser Hermogenes Esperon Jr said the vessels were likely to remain in the vicinity of Pag-asa Island because of its proximity to Zamora Reef, which he believes may serve as a harbor for the Chinese vessels. 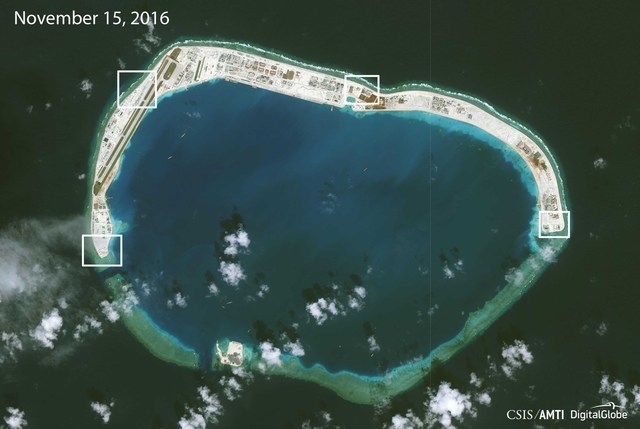 In 2019, the Department of National Defense reported sighting 15 Chinese research vessels moving in Philippine waters, in at least some instances without prior permission from the Philippine government.

China’s growing presence and control in the West Philippine Sea comes even as the Philippine government downplayed the Hague arbitral award in the hope of soothing China into stepping back from the contested waters.

The Philippines has agreed to bilateral talks to settle the dispute with China, and teams of diplomats from both countries meet roughly twice a year to begin what is expected to be a long drawn out negotiation.

The two countries have also begun the process of jointly exploring and exploiting Recto Bank in the West Philippine Sea off Palawan. Based on scientific estimates, the South China Sea may hold up to 130 billion barrels of oil and 900 trillion cubic feet of natural gas in its seabed, believed to be concentrated in the area of Recto Bank.

Meanwhile, Filipino artisanal fishermen have lost as much as 80% in the volume of their catch ever since Chinese vessels have forced them out of their traditional fishing grounds in the West Philippine Sea.

https://www.rappler.com/nation/255587-china-opens-new-research-outposts-west-philippine-sea-march-2020
Posted by Retired Analyst at 4:01 AM