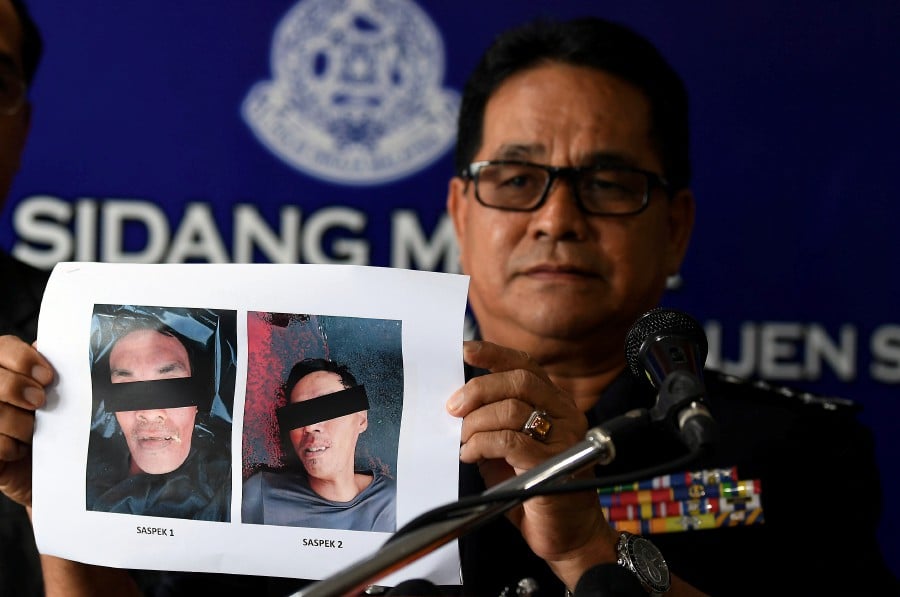 Two armed men were killed during exchange of fire with security forces in waters off Lahad Datu, yesterday. -- Bernama photo

KOTA KINABALU: Two armed men were killed during exchange of fire with security forces in waters off Lahad Datu, yesterday.

The incident took place in the Felda Sahabat waters, about 10 nautical miles away from the coast, during curfew hour.

"The security team intercepted the boats and turned on the siren. However, one of the suspects (on board) fired a shot towards our men.

"In self-defense, our men fired back. A chase also ensued but one of the boats managed to escape towards the Philippine waters," he said, today.
When the situation subsided, Omar said the enforcement team inspected the other boat and found the body of a man with gunshot wound. He said another body was found floating nearby.

The two bodies and the boat were taken to the Lahad Datu marine base. Police also seized a Garand riffle, pump boat engine, and ammunitions, among others.

"We could not determine their nationalities as there were no identity documents found on them. We believe (the suspects) were in their 30s and 40s. We will be taking their fingerprints for identification.

"We believe the suspects and the other boat (that managed to flee) were attempting to commit a crime," he said, adding there were more than one individual on the other boat.

To a question whether the armed men were fishermen, Omar replied in the negative.

"A fisherman will not carry a firearm and shoot (at enforcement personnel). We also believe they are not smugglers because there was no contraband found onboard.

"There is a possibility they may have been spotters trying to look for potential victims for kidnapping or they are militant members," he stressed.

On whether the incident has any links to a recent notice issued by the Indonesian Consulate General in Kota Kinabalu to warn Indonesians against movement of Filipino armed men in Sabah's east coast, Omar said it was just a coincidence.

"It's hard for us to relate (the incident with the notice issued). Maybe, it was just a coincidence...It is also too early to make assumptions whether the suspects were members of Abu Sayyaf. We are investigating all possibilities," he noted.

Yesterday, Bernama reported that the warning letter which had gone viral since Monday morning, stated three Abu Sayyaf groups moving into the waters of eastern Sabah on Aug 30.

Indonesian Consul General Krishna Djelani was quoted as saying they were informed there was a movement of armed groups from southern Philippines that had to do with kidnapping for ransom.

He added that the issuance of the letter was intended to warn Indonesian citizens residing in Sabah, especially in the east coast.

The letter stated that Bakongan, Bahala, Sandakan, Mamiang, Tambisan and Taganak were among several places or regions targeted by cross-border criminals.