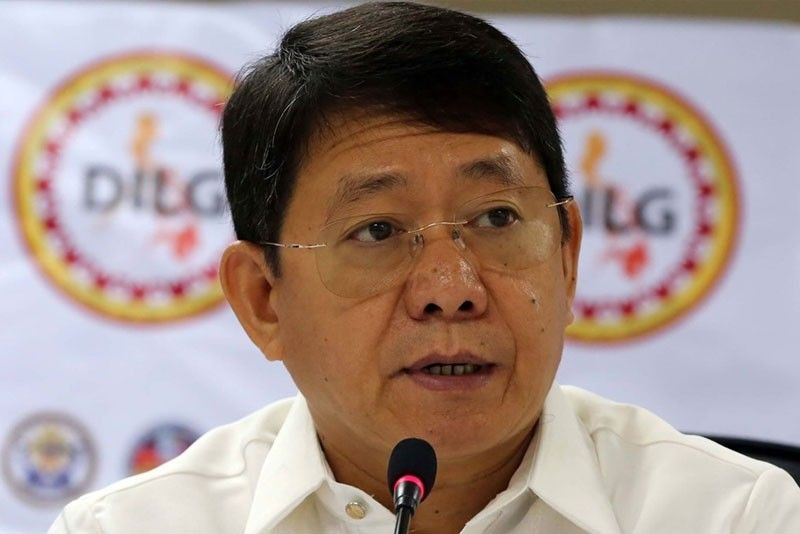 Interior and Local Government Secretary Eduardo Año called on the Dutch government to deport Sison to Manila and stand trial for murder over the Inopacan massacre in Leyte in 2006. Boy Santos/File

Self-exiled communist leader Jose Maria Sison should be treated as a criminal and terrorist to be held accountable for his crimes, not as a political refugee that he claims to be, Interior and Local Government Secretary Eduardo Año said yesterday.

Año called on the Dutch government to deport Sison to Manila and stand trial for murder over the Inopacan massacre in Leyte in 2006.

Sison, the founder of the Communist Party of the Philippines (CPP), went to the Netherlands as a political refugee.

“Sison is a criminal and a mass murderer who should not be considered a political refugee,” Año said.

The Philippine government has been seeking Sison’s extradition after a Manila court issued a warrant of arrest against him and 32 other communist leaders in connection with the massacre of suspected government spies and subsequent discovery of mass graves in Inopacan, Leyte in 2006.

The Philippine National Police (PNP) has sought out the Interpol to help arrest Sison in the Netherlands.

Año branded Sison as a coward for hiding and living like a king in Utrecht.

“Now that you are in the last few years of your life, do something right for a change, own up to your sins against the Filipino people and face the charges against you and give justice to the victims of the Inopacan massacre,” he said.

Even while living a self-imposed exile in the Netherlands, Año said Sison continues to direct the communist rebels in the war against the Philippine government.

While there is no bilateral extradition treaty between the Philippines and the Netherlands, Año said it is possible to explore the possibility of transmitting a request of mutual legal assistance on criminal matters.

Año believes it is only a matter of time before Sison and other communist rebels are brought to justice.