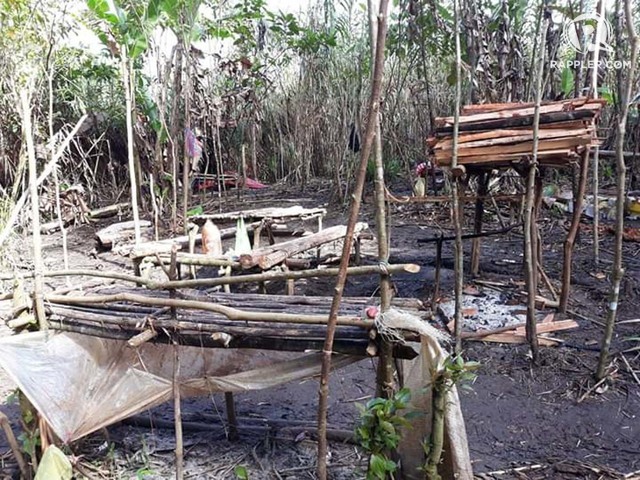 Members of the 801st and 803rd Brigade seized control of the NPA camp which had bunkers that could accomodate 180 people. The area also had improvised classrooms and a kitchen. The rebels were under the Eastern Visayas Regional Party Committee (EVRPC).

Brigadier General Ramil Bitong, commander of the 803rd Brigade, told Rappler in an interview that NPA rebels hastily escaped, leaving behind their valuables and subversive documents.

The NPA rebels were still being pursued by the military troops.

General Bitong said that residents in nearby communities and some local politicians and businessmen had been complaining about the extortion activities of the NPA rebels.

"According to them, they were constantly living in fear and poverty as these NPA pillage their homes and burden them with extortions. Which prompted the military troops to conduct raid," he added.

On January 12, while operating troops of 63rd Infantry Batallion were approaching the main NPA camp, soldiers encountered armed rebels. During the firefight, a landmine exploded, and 9 soldiers were wounded by shrapnel.

"Our troops are currently engaging the main bulk of the enemy, where most of the EVRPC leadership are consolidated," Bitong said.

According to Bitong, in the run-up to the 2019 elections, they expected the NPA rebels to atack government troops to frustrate the will of the people, impress relevance and further their extortion scheme.