If choppers from Jordan do not arrive, Duterte vows resuming salvo of curses

From Rappler (Aug 1): If choppers from Jordan do not arrive, Duterte vows resuming salvo of curses 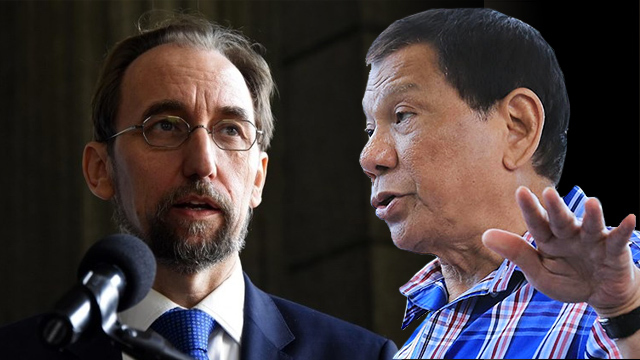 The Philippine leader said he would resume his tirades against Jordanian prince Zeid Ra’ad Al Hussein, the United Nations human rights chief, if Manila does not receive two choppers from Jordan soon.

Duterte had previously said he agreed to tone down his remarks about Zeid since the Philippine government was trying to seal a donation from Jordan of two Cobra attack helicopters.

The donation was the result of talks led by National Security Adviser Hermogenes Esperon Jr who was the official who asked Duterte to practice more restraint when speaking of Zeid, cousin of Jordan’s King Abdullah.

Duterte did not mention when he wanted the refurbished Bell AH-1 Cobra attack helicopters from Jordan to arrive. Esperon had previously pegged their cost at $18 million (P942 million) each.

Duterte has called Zeid "empty-headed" and told him to "shut up" after the UN official said the Philippine leader needs "psychiatric evaluation."

Zeid has also been critical of Duterte's campaign against illegal drugs.