Posted to the Moro Islamic Liberation Front Website (May 28): Mindanao is likely be the base of ISIS caliphate: President Duterte warns 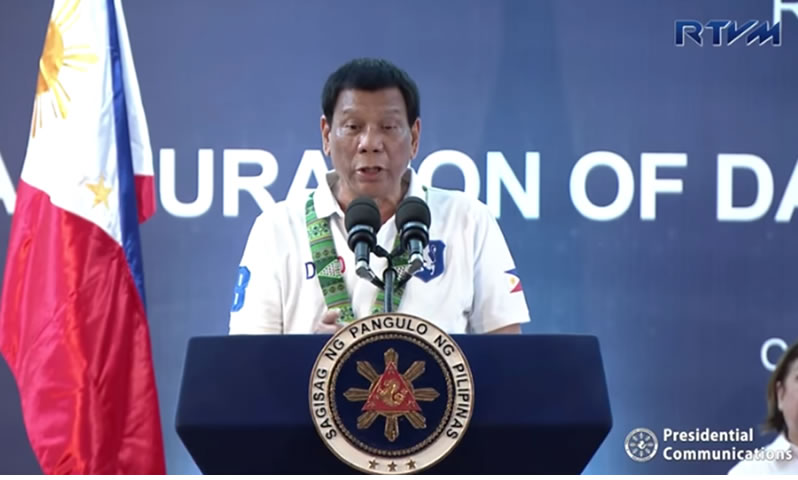 Mindanao is likely be the base of the caliphate of Islamic State of Iraq and Syria (ISIS) if the terrorist group would establish its kingdom in Southeast Asia, President Rodrigo Duterte warned on Friday (May 24) during the inauguration of Davao bridge widening project in Davao City.
“Now they’re planning to establish a caliphate here in Southeast Asia. What country would be the most ideal to set up a camp?,” the President asked and hinted it would unlikely be Indonesia, Malaysia nor Brunei since they are majority Muslims.

He said ISIS, now being pushed out of Middle East, does not know anything but to kill and destroy.

“And sometimes in their crazy notion that they are the disciples of God, they say that they will kill all infidels and infidels is --- are the non-Muslims,” the Philippine President said.

“Where would they find the infidels to kill? They are not found aplenty in Indonesia, Malaysia, or Brunei. It’s right here,” Duterte further cautioned.

Local terrorist groups Maute and Abu Sayaff which had a motive to establish a province of ISIS caliphate laid siege to Marawi city last May 23, 2017. It was reported that both have pledged allegiance to ISIS.

Government troops embattled for five months before Marawi, popularly known as the only Islamic city of the country, was declared liberated from the two insurgent groups.

The battle of Marawi left more than a thousand people dead and billions of pesos worth of properties destroyed.

http://www.luwaran.com/news/article/1353/mindanao-is-likely-be-the-base-of-isis-caliphate--president-duterte-warns
Posted by Retired Analyst at 3:55 AM