From the Philippine Star (Jan 19): Lake Sebu police vow to get NPA suspects in store robbery 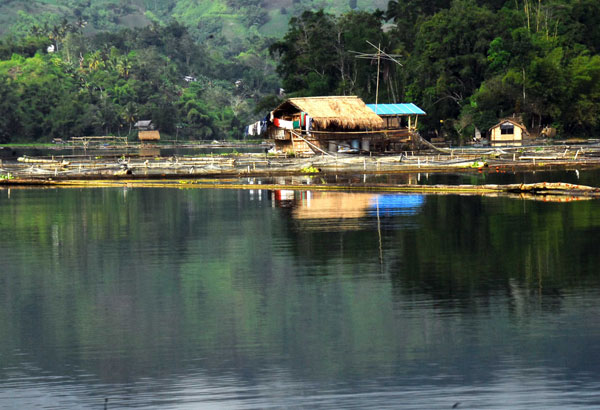 Lake Sebu in South Cotabato is one of the country's most important watersheds. The STAR/Mandy Navasero, file

KORONADAL CITY, Philippines — Police in Lake Sebu in South Cotabato have vowed to catch suspected rebels who robbed a store of more than P300,000 in merchandise on Wednesday.
Senior Inspector Rene Dale Cairel of the Lake Sebu municipal police said Friday that the suspects, led by Elmer Lasib, belong to Guerrilla Front 73 of the New People’s Army.
Lasib and his men arrived at Barangay Klubi, Lake Sebu on Wednesday and looted the store of a trader named Edwin Tomayao Agnes.
They also took the personal belongings of Catholic priest Jerome Millam who was visiting Agnes at the time.

Lasib and his companions hurriedly left before personnel of the Lake Sebu municipal police and militiamen reached the area.

Cairel said they are now preparing criminal charges against Lasib based on testimonies of witnesses.

The robbery incident preceded by the entrapment two days before of an NPA member collecting money from merchants in Kidapawan City, the capital of North Cotabato.
Crisanto Dandan Coyoca, 29, of Barangay New Corella in Makilala town in North Cotabato, was nabbed in the act of receiving “protection money” from a hardware store owner whose identity the police withheld for security reasons.

Chief Inspector Ramel Hojilla, chief of the Kidapawan City police, said the operation that led to Coyoca's arrest was planned after the merchant reported him for giving a written demand for cash.

Hojilla said Coyoca has confessed being a member of the NPA’s Guerilla Front 72, which forcibly collects money from members of the business community in North Cotabato.
Hojilla said Coyoca will be prosecuted for extortion.
http://www.philstar.com/nation/2018/01/19/1779316/lake-sebu-police-vow-get-npa-suspects-store-robbery
Posted by Retired Analyst at 10:29 PM