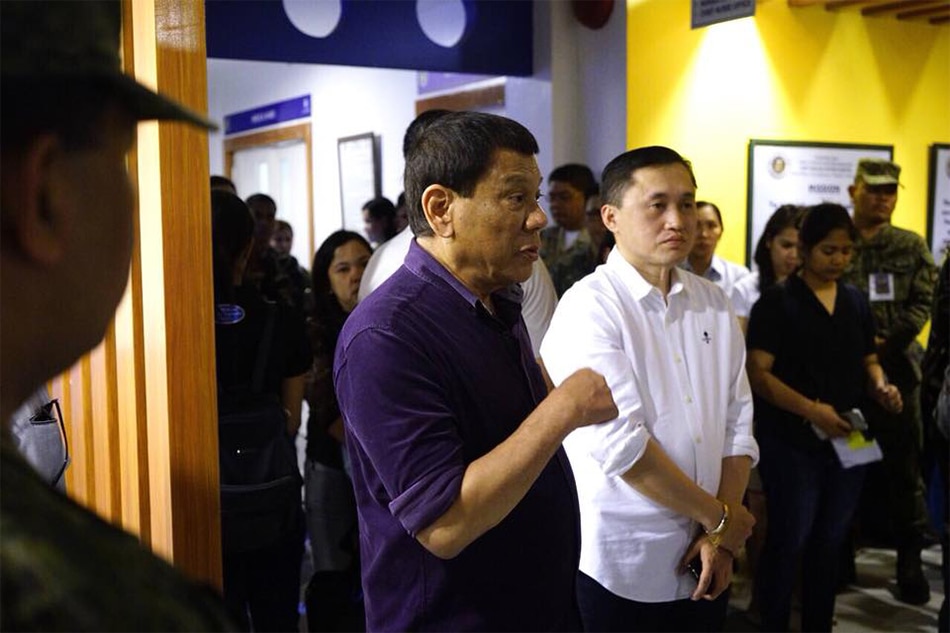 Duterte checked on the conditions of soldiers recovering at Camp Panacan Station Hospital at the Naval Station Felix Apolinario and vowed to provide assistance. 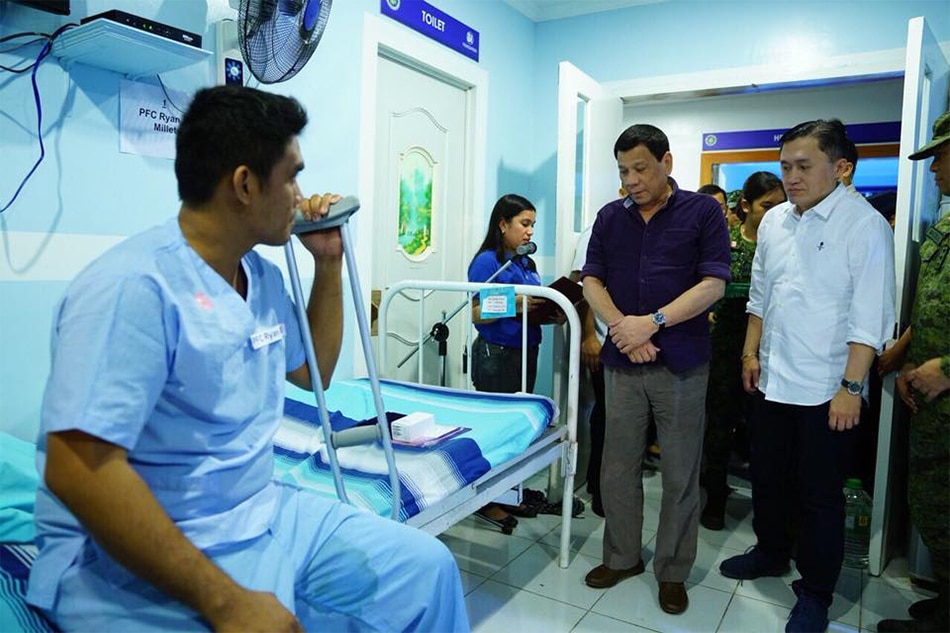 Duterte conferred upon the wounded soldiers the Order of Lapu-Lapu, Rank of Kampilan in honor of their service.

The soldiers also received financial assistance, a smartphone, and a gun.

http://news.abs-cbn.com/news/01/30/18/duterte-visits-wounded-soldiers-in-davao-city
Posted by Retired Analyst at 1:26 AM