Filipino charged for plotting NY attacks in name of ISIS

From Rappler (Oct 7): Filipino charged for plotting NY attacks in name of ISIS 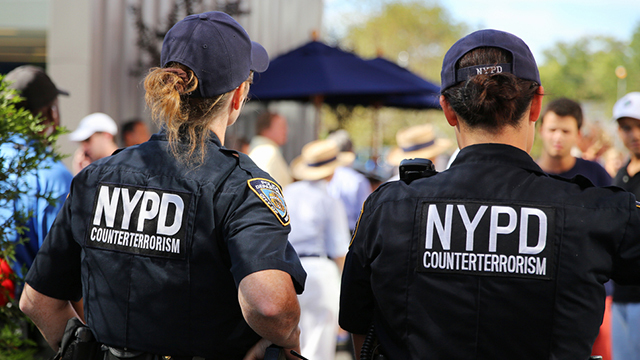 Three people, including a Filipino, have been charged with involvement in a jihadist plot to attack targets including New York's subway and Times Square, authorities announced on Friday, October 6.

An undercover FBI agent thwarted the planned attacks which were to be carried out in the name of the Islamic State group (IS, formerly known as ISIS or the Islamic State in Syria and Iraq) during the Muslim holy fasting month of Ramadan in 2016.

The 2015 attack on the Bataclan concert hall in Paris and another on the metro in Belgium the following year served as inspiration for the planned killings in New York.

Those attacks were both claimed by ISIS, a brutal militant group that seized swathes of territory in Iraq and Syria and has inspired a series of deadly attacks abroad.

Abdulrahman El Bahnasawy, a 19-year-old Canadian who purchased bombmaking materials and was arrested after traveling to the US, has pled guilty to "terrorism offenses," the statement said.

Talha Haroon, a 19-year-old American citizen living in Pakistan, allegedly planned to take part in the attacks, while Russell Salic of the Philippines, 37, allegedly provided funds for the operation.

The attacks were thwarted with the help of an undercover FBI agent posing as an ISIS supporter who communicated with the 3 plotters.

Haroon and Salic have been arrested abroad, and their extradition to the US is pending.

"El Bahnasawy and Haroon identified multiple locations and events in and around New York City as targets of the planned attacks, including the New York City subway system, Times Square and certain concert venues," the statement said.

El Bahnasawy sent the undercover FBI agent an image of Times Square, saying that "we seriously need a car bomb" to attack it and that he wanted to "shoot up concerts cuz they kill a lot of people."

Haroon, meanwhile, told the agent that the subway would make a "perfect" target, and that suicide vests could be detonated after the attackers expended their ammunition.

Salic also began communicating with the FBI agent, eventually sending "approximately $423" to fund the attacks and promising to send more, according to prosecutors.

New York was the target of the September 11, 2001 attacks that killed nearly 3,000 people and led the US to launch an open-ended "war on terror" that included invasions of Afghanistan and Iraq and military operations in a number of other countries.

These operations led, directly and indirectly, to tens of thousands of deaths, and cost the US hundreds of billions of dollars.

The most recent attack in New York occurred in September 2016, when a pressure cooker bomb exploded in the Chelsea neighborhood, wounding 29 people.

https://www.rappler.com/nation/184548-filipino-charged-plotting-new-york-attacks-isis
Posted by Retired Analyst at 6:28 AM