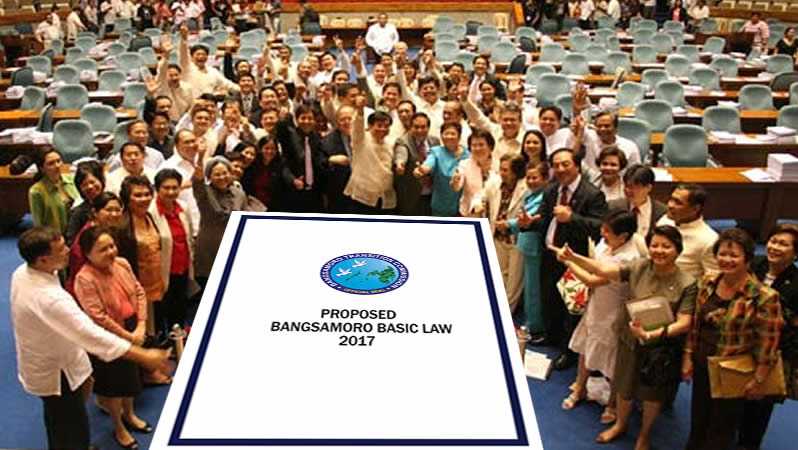 The proposed Bangsamoro Basic Law (BBL) has already been transmitted to the office of Senate President Aquilino Pimentel III last August 14 with a copy of it furnished to the Speaker of the House of Representatives.

In a one-page letter bearing same date signed by Undersecretary Atty. Ryan Estevez of the Presidential Legislative Liaison Office (PLLO), it was stated that “we trust in the collective wisdom of both houses of Congress should they deem proper to refine the draft in the course of the regular legislative mill.”

Last August 9, BTC Chairman Ghazali Jaafar and other commissioners were invited by the House Special Committee on Peace, Reconciliation and Unity to give a briefing. The special committee is chaired by Tawi-Tawi Representative Ruby Sahali.

Also on same day, House Speaker Pantaleon Alvarez received in his office Chairman Jaafar and his delegation for a courtesy call.

It is not yet known what committee in the House and Senate would handle the draft BBL.

http://www.luwaran.com/news/article/968/bbl_now_in_congress
Posted by Retired Analyst at 8:04 AM