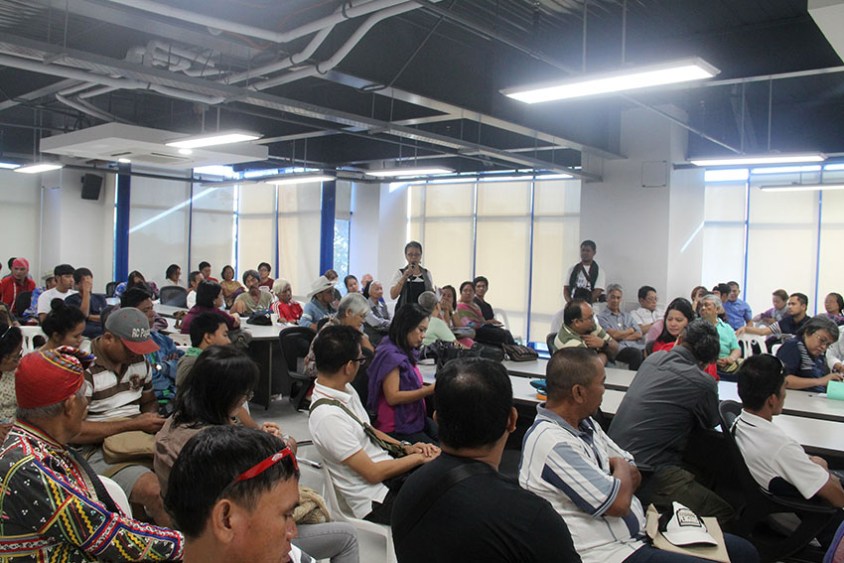 The peace consultation, spearheaded by the Sisters Association in Mindanao, Exodus for Justice and Peace, and the Ateneo de Davao University Center for Engagement and Advocacy Council, urged the government to resume peace talks with the National Democratic Front of the Philippines.
In his opening speech, Fr. Joel Tabora, S.J., President of AdDU, said “(It is) the AdDU position (that) the compelling reason for talks is peace. We cannot continue killing one another in this country.”

“We cannot build this country on the cadavers of our fellow Filipinos,” he added.

Tabora said he supported Duterte in his presidential bid because of “his willingness to fight for peace.”

Expressing his dismay over the President’s recent pronouncement to terminate the peace talks with the communists, Tabora said that people should stand and call for its resumption.

“We must stand behind the negotiation, for peace not for death,” Tabora said.

During the forum, children’s advocates slammed the all-out war in the countryside being waged by the Armed Forces of the Philippines.

Rius Valle, spokesperson of Children’s Rehabilitation Concern said that the all out war declaration of the government resulted to a number of children affected in forced evacuation, displacement from their schools and other rights abuses.

Since August 2016, Valle said that more than 80 attacks on schools such as harassment to the teachers, forcible closure, and military encampment.

Women’s group also pointed out the militarization, mostly vulnerable were the women and children.

The groups also expressed that all-out war will only worsen the condition of Lumad who are affected by the militarization.

Jong Monzon, spokesperson of Pasaka Confederation of Lumad Organizations in Mindanao, said that there was no sustainable subsidy of food of those who fled from their communities for sanctuary.

“Walay sustina sa hisgutanang subsisdy, pakgaon, tungod sa pagbakwit wala sila kabalik uma (The government did not give enough to sustain food subsidy after they evacuated from their communities and when they returned to their farms),” Monzon said

Lumad evacuees who returned to their communities after seeking sanctuary for nearly two years in Davao City were dismayed that the government did not provide them enough subsidy.

‘Not just the absence of war’

For her part, peace advocate and columnist Maria Victoria Maglana said during her synthesis of the forum that participants wanted a “positive peace, not a negative peace, not just the absence of war.”

She said the peace should address the issues like employment, housing and shelter, social services, and human rights.

Raised during the peace discussion were some challenges and recommendations to the participants as to how they would further their call for the resumption of peace talks.

Forum organizers pledged to help in the peace campaign in both rural and urban communities.

Ending the peace discussion, the participants pledged their commitment to “just peace” saying that societal “transformation demands the participation of each and every one of us, to offer our present and future generations the values of justice, solidarity, liberty, dignity, harmony, and dialogue.”

The pledge commitment added that they have faith in the peace panel members of both the government and the National Democratic Front of the Philippines “to work for the transformation of our society to a new beginning with social justice for the poor and marginalized.”