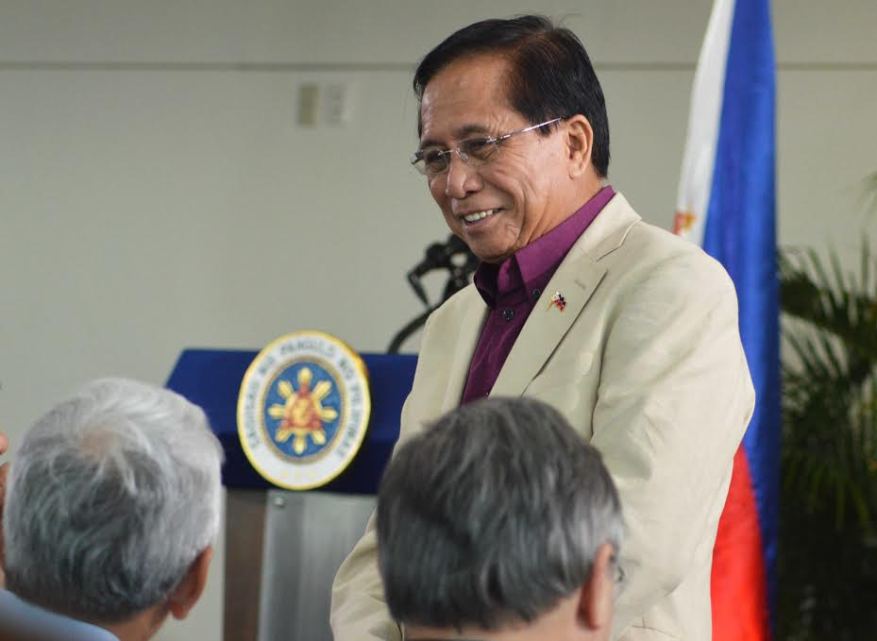 South Korean ship captain Park Chul-hong and his second officer, a Filipino, Glenn Alindajao did not believe that they will be released today after more than two months in captivity.

“They even planned to escape, but they cannot do it,” Dureza said, adding that the hostages discovered that the community around was very supportive of the captors.

Dureza announced on Saturday afternoon that on mid-morning the two hostages were turned over to them in Jolo airport.

He said the two were turned over by their captors to parties who facilitated the release, including the Moro National Liberation Front and former Sulu Governor Sakur Tan.

Dureza did not disclose all the groups who helped in securing the hostages, but added that there were also non-MNLF members who assisted them.

The two were navigating the international waters in Tawi-tawi when still unidentified armed men numbering 10 took them.

Dureza said the armed men were boarding a speed boat before they clambered up the MV Dongbang Giant II.

The vessel had 20 crew members with four Koreans and 16 Filipinos.

“All the rest were able to lock themselves up in their respective cabins so they were not taken,” said Dureza.

Dureza said the two were taken by a group led by a certain Abraham.

He said Abraham was killed and the two were passed on to another group engaged in kidnapping.

During the whole duration they were held, Alindajao, a native of Cebu, shared to Dureza that they moved nine times.

Alindajao also told Dureza that every time they go to a community, they were “welcomed”.

“So there is really a problem in that area, even ordinary citizens are helping (the groups),” he said.

But Dureza said they cannot speculate whether these groups are part of the Abu Sayyaf or not.

Dureza said as far as he knew, there is no ransom given for the release of the hostages.

“As a government policy we don’t engage in ransom negotiations,” he told reporters in a press conference on Saturday afternoon at the old airport in Sasa this city.

“The more money you give to them, the more it strengthens them. The more they are encouraged to continue the illegal trade,” he said.

However, Dureza admitted that they cannot stop private individuals, especially the family from engaging in ransom negotiations.

http://davaotoday.com/main/politics/hostaged-korean-ship-captain-filipino-freed-in-sulu/
Posted by Retired Analyst at 8:42 AM