Counterterrorism: Why the death of AKP's Tokboy matters

From Rappler (Jan 9): Counterterrorism: Why the death of AKP's Tokboy matters

Maguid's death also spells the death of his group Ansar Khalifa Philippines, feared for having the closest connection, among local terror groups, to ISIS fighters in Syria 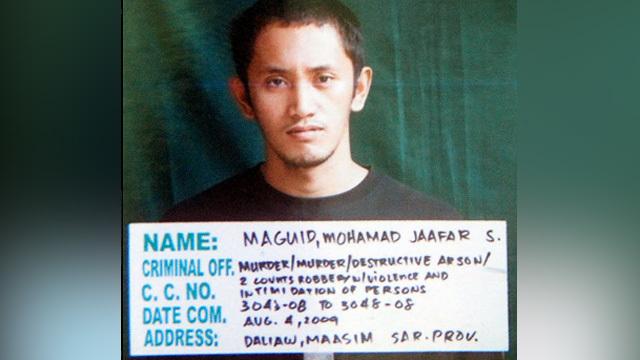 PRO-ISIS LEADER. Photo shows an old mug shot of Mohammad Jaafar Maguid, the slain leader of local terror group Ansar Khalifa Philippines, who worked with foreign terrorists. File photo from the Sarangani Information Office
The hunt for Mohammad Jaafar Sabiwang Maguid or "Tokboy" ended on January 5, 2017, when the leader of the local terrorist group that is believed to have the "closest links" with Islamic State (ISIS) fighters in Syria was killed in a police operation.
The police's most wanted person in Sarangani, Maguid was a bomb maker trained by Malaysian terrorist Marwan who was killed in the infamous January 2015 Mamasapano operation in Central Mindanao.

The local police tagged Maguid as behind various killings and instances of robbery, extortion, and arson, among other crimes, in the Soccsksargen region, particularly in Sarangani, General Santos, and Sultan Kudadrat. He had a P300,000 ($6,000*) bounty on his head.

A high-ranking intelligence officer said Maguid's death also spelled the death of his group Ansar Khalifa Philippines (AKP), one of the local terrorist groups that pledged allegiance to ISIS. (There is no agreement on how to spell the group's name. It is also called Ansar al-Khalifa, Ansarul Khilafa, and Ansar Khilafa.)

Maguid's death means that AKP is one less group to worry about for Philippine security officials, who have watched the pro-ISIS local terror groups forge tactical alliance in the wake of pronouncements of declaring a wilayat or province in the southern Philippines. (READ: ISIS to declare a province in Mindanao?)

"Ansarul Khilafa, originally based in Sarangani, may be the group with the closest links to fighters in Syria. It is now clear that AKP worked with the Maute Group on the Davao market bombing; the shared ideological commitment has become an operational alliance," according to a report of the Institute for Policy Analysis of Conflict (IPAC), an Indonesian think-tank, that was published in October 2016. 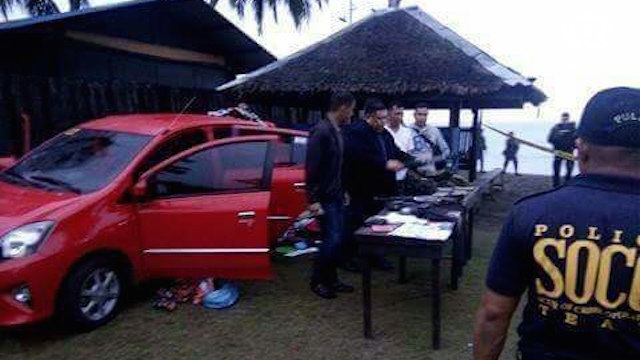 RED CAR. Mohammad Jaafar Sabiwang Maguid was intercepted on board a red Toyota Wigo in the vicinity of Angel Beach Resort in Barangay Kitagas of Kiamba town on January 5, 2017. Photo obtained by Rappler

AKP is believed to have worked with the Maute Group in the September 2016 bombing of a market in Davao City, the hometown of President Rodrigo Duterte, in an apparent attempt to distract the military from its focused operations against the Abu Sayyaf Group in Sulu and Basilan in the aftermath of its beheading of Canadian hostages.

Maguid's death also means one less group that would radicalize students online. "Tokboy also reportedly was successful in recruiting students from a variety of campuses in General Santos City, Cotabato and even Lanao Del Norte on the promise of getting them advanced religious training," the IPAC report added.


AKP does not get as much attention in the media as the other pro-ISIS groups. But it is feared by terror experts and observers largely because it is said to have the closest connection to ISIS fighters in Syria – among local terror groups here.
IPAC identified 2 "critically important connections" between Maguid and ISIS in Syria – Indonesian Saifullah Ibrahim, also known as Ibrahim Ali and Sucipto, and Filipino Mohamad Reza Kiram.
There was no evidence that AKP itself had activated those links with ISIS fighters, but the possibility had been a cause for concern.
AKP also had extensive links with jihadi groups in the region, particularly Indonesia and Malaysia. "Some of those ties go back more than a decade and were forged in prison. They can easily be reactivated through social medi aand mobile phone links," the report added. 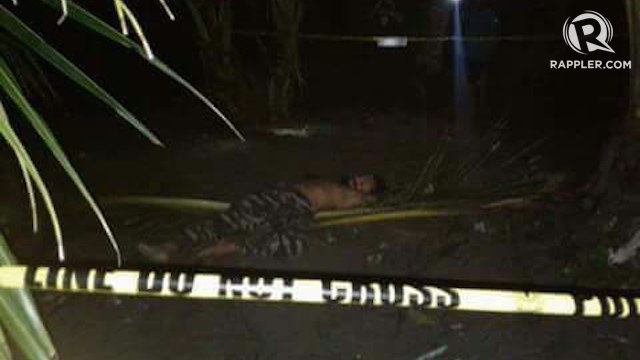 RED CAR. Mohammad Jaafar Sabiwang Maguid was killed at Angel Beach Resort in Barangay Kitagas of Kiamba town on January 5, 2017. Photo obtained by Rappler
Saifullah Ibrahim, who has long been operating in Mindanao and is behind the 2002 bombing of Fitmart stores in Tacurong and General Santos, made connections with ISIS fighters when he was arrested and temporily detained in Indonesia. He was extradited to the Philippines and spent long years in jail until he was acquitted and released in 2014.
Saifullah Ibrahim, who generally served as a "conduit for funding through Indonesia," immediately joined Marwan in Maguindanao, according to IPAC. He moved in with AKP upon the death of Marwan in the botched Mamasapano operation in January 2015. He was killed by the Philippine Marines in Palimbang, Sultan Kudarat, 10 months later.
The other connection was the Tausug Mohamad Reza Kiram or Abdulrahman. The man believed to be responsible for the 2012 Zamboanga bus bombing was seen training AKP recruits in 2014, according to IPAC. He reportedly later left for Syria to join the fight there.
In the aftermath of Maguid's death, security operations are now focused on pursuing the foreign terrorists he had been working with and prevent them from joining the other pro-ISIS organizations. (READ: Cops kill foreign terrorist, Tokboy's 'patner')
http://www.rappler.com/newsbreak/iq/157731-akp-ansar-khalifa-philippines-tokboy-death
Posted by Retired Analyst at 8:10 PM