Brigadier General Paul Atal says the troopers were on their way 'to facilitate a meeting of a Technical Working Committee' when they are ambushed at around 8:00 am on Thursday at the boundary of Benguet and Mabbayad villages in Echague town in Isabela province 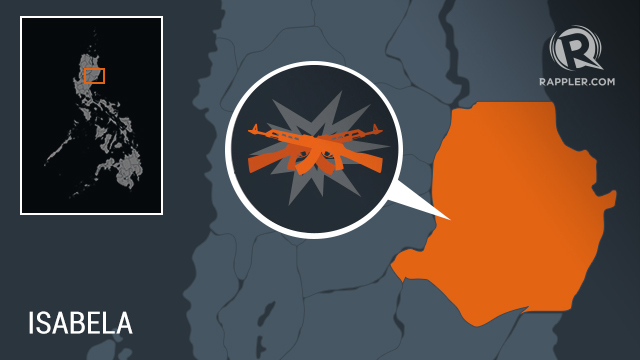 Two soldiers were killed while several others were injured in an ambush allegedly perpetrated by members of the New People's Army (NPA) on Monday, January 30.

In a statement, Brigadier General Paul Atal, commander of the 5th Infantry Division, said the troopers were on their way "to facilitate a meeting of a Technical Working Committee" when they were ambushed at around 8:00 am on Thursday at the boundary of Benguet and Mabbayad villages in Echague town in Isabela province.

Atal has yet to reveal the identities of those who died.

The group was with Benguet village chairman Rafael Guinanoy, village secretary Joji Ferrer and village councilor Rudy Acasio and on board a motorcycle and a multicab.

It was not clear in the statement if there was an exchange of fire between the government troops and the alleged NPA rebels.

But in a text message, Lieutenant Colonel Martin Diaz told Rappler that they are still checking if the troop responded to the ambush.

Meanwhile, Atal said he already conveyed his sympathy to the families of the soldiers "who were killed while serving and protecting the people within the Command’s Area of Responsibility."

“We are deeply saddened by this loss. We extend our deepest sympathy to the bereaved families. We will ensure that these families receive full assistance during this difficult time," Atal said.

He said the 502nd Infantry Battalion and the Philippine National Police's (PNP) – Scene of the Crime Operatives (SOCO) have launched an investigation into the ambush for possible filing of charges.

Atal also said they are conducting a hot pursuit operation against the perpetrators.