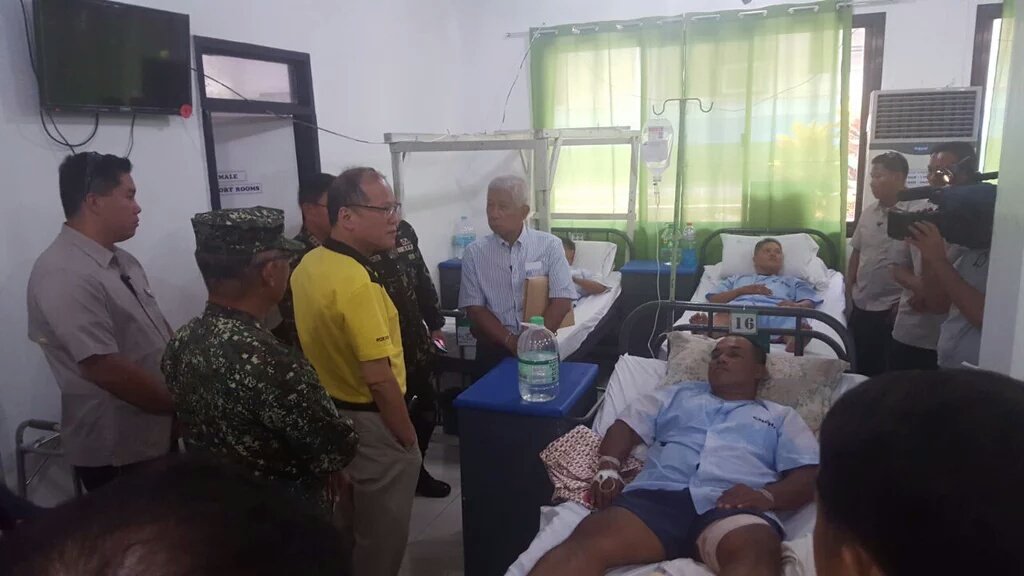 [Adm-02] P-Noy visits the soldiers wounded during an Abu Sayyaf encounter, at a hospital in Zamboanga City.

President Benigno Aquino III on Wednesday visited the soldiers who were injured in a bloody encounter with the Abu Sayyaf in Basilan over the weekend.
The Twitter account of the president (@NoynoyAquino) posted a photo of Aquino at the military hospital inside Camp Navarro in Zamboangao City, the headquarters of the Western Mindanao Command.

“P-Noy visists the soldiers wounded during an Abu Sayyaf encounter, at a hospital in Zamboanga City,” the post said.

The gunfight in Basilan left 18 soldiers and at least 24 Abu Sayyaf fighters dead. The six soldiers that were critically wounded are now in stable condition, according to an earlier report

Posted by Retired Analyst at 10:51 PM