US Marine says no basis for Laude murder charge

From Rappler (Oct 27): US Marine says no basis for Laude murder charge

If prosecutors elevate the case to court, US Marine Joseph Scott Pemberton asks that the murder charge be reduced to homicide, says his lawyer 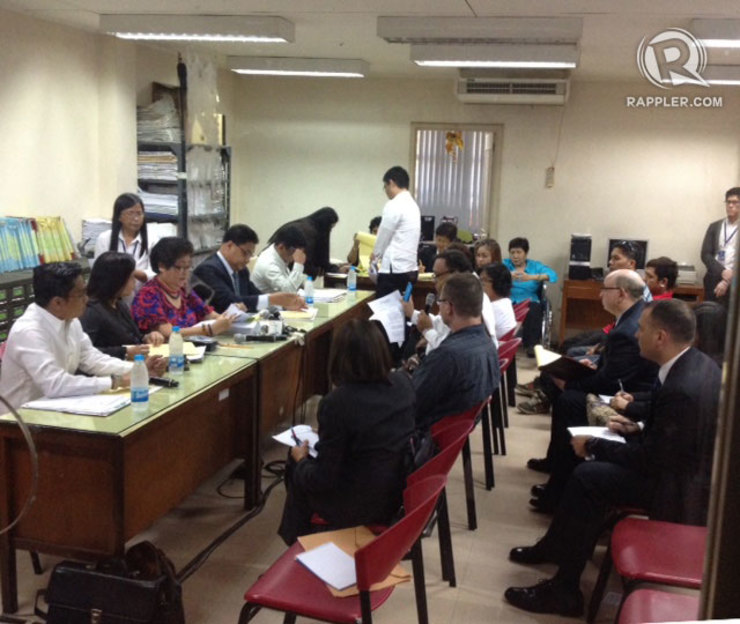 A US Marine accused of killing a transgender woman in the Philippines said there was no basis to charge him with murder, his lawyer told state prosecutors on Monday, October 27, in the latest development in the politically charged case.


Private First Class Joseph Scott Pemberton, who is detained at the Philippines' military headquarters in Manila, did not attend the preliminary hearing in Olongapo, but his lawyer filed a motion to "declare the absence of probable cause for murder or any other crime."
If prosecutors elevate the case to court, Pemberton asked that the murder charge be reduced to homicide, his lawyer Rowena Flores, said. Murder carries a maximum penalty of life in prison while the maximum penalty for homicide is 20 years.
Jennifer Laude, a 26-year-old transgender woman, was found lifeless on October 11 in a cheap hotel in Olongapo City half naked in a bathroom with strangle marks on her neck, according to police.
The cause of death was "asphyxia by drowning", police said.
Pemberton, who had just finished participating in US-Philippine military exercises near Olongapo, had checked into the hotel with Laude and was the last person seen with her, police said.
'Don't teach us'
The head of the preliminary investigation rejected Pemberton's pleas Monday.
"We will rule on probable cause after we complete the process. Don't teach us what to do," chief prosecutor Fe de los Santos told Pemberton's lawyer.
"The bottom line is we will go on with the preliminary investigation," she said.
Next week state prosecutors will inspect the Olongapo night club and hotel where Pemberton and Laude were seen on the night of the murder, de los Santos added.
During the televised hearing on Monday, Laude's mother asked prosecutors to allow her to see Pemberton in detention but de los Santos disagreed.
A spokesperson for the US Embassy in Manila was not available for comment.
Laude's murder has renewed anti-US sentiment in the former American colony sparking street protests in Manila.
On Monday, some 50 protesters held a rally near a government building where the hearing was held.
The incident also revived calls to review a 1998 agreement that governs joint exercises between Philippine and American forces.
On Friday, Philippine Foreign Secretary Albert del Rosario said the implementation of the agreement was being reviewed but it would not be renegotiated.
http://www.rappler.com/nation/73251-us-marine-no-basis-murder
Posted by Retired Analyst at 5:10 AM