From Rappler (Oct 10): No ISIS recruitment in schools – ARMM gov 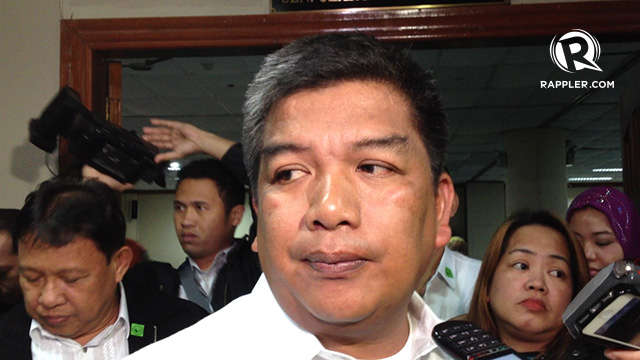 'NO TO ISIS.' ARMM Governor Mujiv Hataman believes the group has yet to penetrate schools in his area. Rappler file photo
Autonomous Region in Muslim Mindanao (ARMM) Governor Mujiv Hataman has dispelled what he called "pure speculations" of an active Islamic State (ISIS) recruitment in Mindanao schools.
Hataman was reacting to the recent pronouncement of Education Secretary Armin Luistro, who cited unconfirmed reports that the militants have penetrated schools in Mindanao to recruit students to join the ISIS campaign.

Amir Mawallil, ARMM's information director, said concerned agencies and communities have not reported any confirmed reports on the existence and recruitment of ISIS in the region.

"As of this time, we have not received any confirmed information about the existence of ISIS and its recruitment in ARMM," Mawallil said.

DepEd-ARMM Secretary Jamar Kulayan supported Hataman's statement, and said even the school officials have not noticed any ISIS-related activities.

Kulayan said the regional government is confident to declare the schools as safe areas of learning and zones of peace.

Earlier, the Bangsamoro Islamic Freedom Fighters (BIFF) claimed that it has made an alliance and has constant communications with ISIS but had also given an assurance that they are not recruiting Filipinos to join the fighting in the Middle East.

http://www.rappler.com/nation/71595-no-isis-recruitment-schools
Posted by Retired Analyst at 11:20 AM