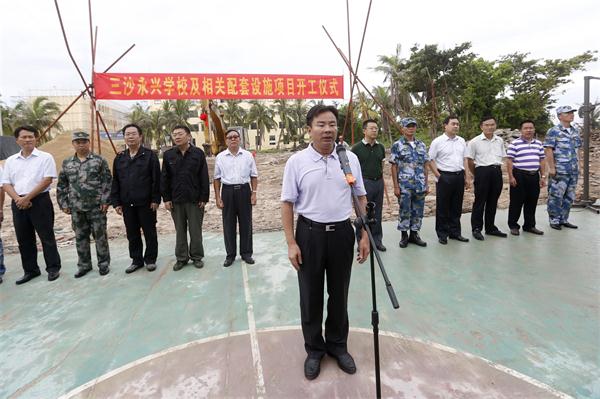 China is celebrating the second year since the establishment of Sansha, a settlement based in disputed Woody (Yongxing) Island and designated as a "city" to administer the Philippine-claimed Spratly (Kalayaan) Islands.

In a report posted on the Chinese government's website, Sansha Mayor Xiao Jie recently expressed delight with the approaching date of July 24, when Beijing declared the city part of China's southernmost Hainan province.

Sansha covers theVietnam-claimed Paracel Islands, Taiwan-governed Pratas (Dongsha) Islands and the Spratlys group. Its base on Woody Island has a Chinese population of 1,443 tasked to oversee hundreds of thousands of square kilometers despite the neighboring states' opposition.

Some of the maritime features unilaterally declared under Sansha are controlled by the Philippines, Vietnam and Malaysia. China has restricted the Philippines from accessing the Scarborough Shoal (Bajo de Masinloc) following the 2012 standoff.

Chinese media claimed that stocks have warmed up and ushered the so-called city's second anniversary, with investments having poured in and shares surging 8.53 percent in the first year.

Xiao vowed to step up construction of a school, public housing facilities, livelihood infrastructure and office buildings to fuel the economy.

The city also has a permanent 24-hour radio and television broadcasting network and a publication arm.

Xiao said that government is committed to strengthening the "administrative jurisdiction" and improving its residents means of livelihood.

The Sansha government recently announced the construction of its first school, which started June 14 and could take 18 months to complete. It said there were about 40 children of school age on the island.

When China created Sansha in July 2012, the outpost had a post office, a bank, a supermarket, hospital and a population of about 1,000. By December, it had a permanent population of 1,443, which can sometimes swell by 2,000, according to the Sansha government.

It also has its own supply ship that brings in food, water, construction materials as well as people who live and work on the island.