US gun smuggling: Who is Dr Wilson S. Lim?

From Rappler/Newsbreak (Mar 29): US gun smuggling: Who is Dr Wilson S. Lim? 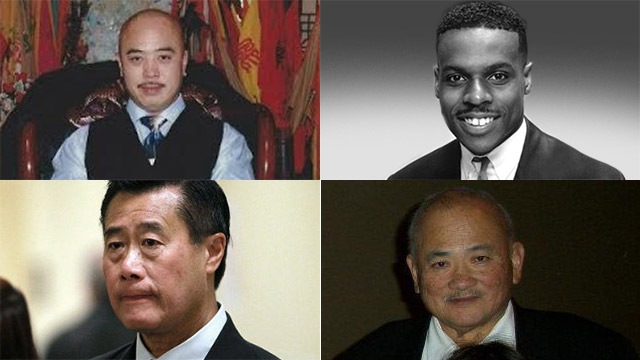 Who is Wilson Lim? And how is he connected to arrested California State Senator Leland Yee, the lawmaker with thousands of loyal Filipino-American constituents who helped him get elected to office?


According to a complaint affidavit submitted by US Federal Bureau of Investigation (FBI) special agent Emmanuel V Pascua – following a 5-year undercover investigation – at least two Filipinos are involved in a scheme to smuggle illegal firearms allegedly worth $2 million. One of them is named Dr Wilson Sy Lim.


The affidavit detailed an ambitious scheme to purchase illegal weapons in the southern and smuggle them to ports in the then on to and . Lim, it turns out, was a key link of Yee to rebel groups and other illegal arms dealers in the .


Among 26 defendants, Lim – with the exception of 8 – has been arrested for "Conspiracy to Traffic in Firearms Without a License, and to Illegally Import Firearms."


Yee was known to be a progressive Democrat who pushed for gun control bills. He was also an ally of Filipino-Americans who wanted equal benefits for Filipino World War II veterans and who sought better working conditions for themselves.


The California Board of Dentistry shows that Lim is a legitimate dentist, but the reviews on popular website yelp.com show that many of his customers are less-than-happy with his practice. “If there was a zero star, this guy will get it,” Richard W’s review read. “Wilson Lim is a fraud,” he added. “And his accountant will bill your insurance for everything and things that you never knew about.”


Several sources told Rappler Dr Lim is a mysterious personality in Filipino-American community circles. He would often show up at community events and not say much. Despite being a dentist, an appointed county commissioner and one of the 4 main suspects named in the Yee investigation – along with Keith Jackson (former San Francisco School Board member) and alleged Chinatown gang leader Raymond “Shrimp Boy” Chow – his online footprint is minuscule.


Lim was a member of several Filipino associations in the San Francisco Bay Area, including the Filipino American Chamber of Commerce in . Several sources who have encountered Lim before told Rappler they believe that he was “all talk” and was as desperate for money as his friend Yee.


But property records reveal that the Lim couple used lived a more luxurious lifestyle. In 2005 owned at least 2 multi-million dollar properties in the wealthy Bay Area community of .


court documents show that the mysterious dentist was going through some money problems with his business.


US sources told Rappler Lim suffered a major heart attack in 2011.
According to the San Jose Mercury News, Lim was in a coma for a month, and couldn’t make mortgage payments on his house. He initially filed for Chapter 11 bankruptcy in April 2013 and settled it earlier this March, coinciding with the time Lim, Yee, and met at a restaurant to discuss their plans to smuggle the rifles outside of the .


Chapter 11 bankruptcy is normally filed when a business is unable to pay its debtors, but allows owners to continue to operate their business and pay back their debtors over time.


Lim was quoted in the affidavit as saying that it was his nephew, whom he did not identify, who would help obtain the weapons. Lim also said an unnamed Philippine military captain would provide the weapons to his nephew.


In the affidavit, Yee described Lim as being "originally from the Mindanao region of the ." He also said that " was largely populated by Muslim rebel groups who were fighting the federal government" and that Muslim rebels had no problem "kidnapping individuals, killing individuals and extorting them for ransom." He visited Mindanao about two years ago upon the invitiation of "the government." When he arrived, he was "surrounded by numerous armed guards carrying automatic rifles."


Previously, Lim's contact for weapons, a "Philippine citizen," sold guns to individuals from . That same contact delivered a shipment of weapons to the of , the largest port in .
Unidentified individuals from picked up these weapons and shipped them to an unknown location, the affidavit said. This arrangement, according to Yee, was the "ideal way of handling" the guns that would be smuggled.


An undercover agent told Yee he had holding companies in the of in . He said he would pick up the weapons in the and ship them back to . From there, some of the weapons would be shipped to and then on to . 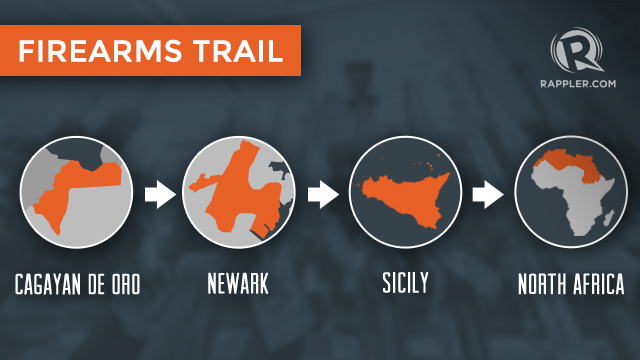 The agent – only referred to as "UCE 4599" in the affidavit – asked Yee what type of weapons Lim's contact in the had access to. He specifically asked about shoulder-fired automatic weapons. Yee replied, saying that the automatic weapons are the equivalent of the "M16" automatic service weapon. The agent later asked to speak directly with Lim, whom Yee described as a "gun lover" who had "no moral arguments" about selling weapons.


A meeting was arranged in a restaurant on March 11 with Keith Jackson, Yee, Lim and the agent to discuss an arms trafficking transaction.


When asked what kinds of weapons he had access to, Lim replied, "All kinds of things, we just have to look for it." The undercover agent, who was posing as the buyer of the weapons, would furnish a list of weapons he wanted to Jackson, Yee's longtime campaign adviser and school board member. was also arrested last week.


Lim would not go to the without Yee, and Yee said he would not go until after the 2014 midterm elections in November.


On March 14, 2014, Yee met with 3 men in another restaurant in – Jackson, Jackson’s associate and the same undercover agent – to discuss how they would break up the money paid by the agent into "legitimate campaign donations.”


Instead of smuggling all $2 million worth of weapons to the , Yee advised that the weapons be imported in “smaller amounts” so as not to attract any attention.


Yee’s lawyer said he plans to plead not guilty on 6 counts of defrauding the public of honest services, and one count of conspiracy to traffic firearms.


Presidential Spokesperson Abigail Valte said on Saturday, March 29, that she would ask Justice Secretary Leila de Lima to check whether Yee had actually visited the in 2012, as mentioned in the affidavit. The Bureau of Immigration is under De Lima and can confirm if Yee actually entered the country at that time.

http://www.rappler.com/newsbreak/54156-us-gun-smuggling-wilson-lim
Posted by Retired Analyst at 10:02 AM