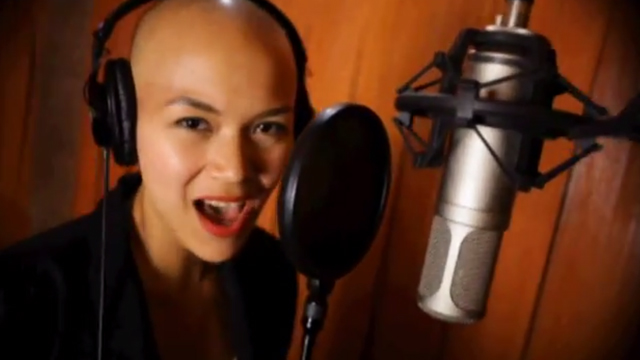 It's a demonstration of solidarity, perhaps in the original communal spirit behind the People's Republic of China. Except that this campaign is directed at the Chinese government.

More than 30 Filipino artists, based here and in the United States, have taken a concerted stand in what they denounce as Chinese "aggression" in the West Philippine Sea. Calling themselves Filipinos Unite or the FU Movement, this collective has released a video of their song, "Change the World."

The song and video serve to hype up the protest campaign aimed at Beijing. More songs and videos are being planned for this cause, and FU urges Filipinos here and abroad to support their movement or add their voice.

The video is a distinctly Filipino production fusing such modern pop genres as hip-hop and R&B.

The group's motto: “We’re here to fight, but we’re doing it right. We’re using our voices to spread the light. FU, Filipinos Unite!”

Watch the video of 'Change the World':

FU took part in an earlier initiative by the West Philippine Sea Coalition that seeks to raise civic awareness in this international controversy and foster participation in the cause of upholding the Philippines' sovereignty. The group conceptualized the video before this initiative.

Roxee B, a co-convenor and artist of Filipinos Unite, emphasizes the collaborative character of this enterprise. “If we are calling on Filipinos to unite, we have to lead by example. This is why all the work is collaborative in nature,” she said.

The actress-singer had also stepped out of the studio to uphold this advocacy in the streets. She was among those who led the protest rally in front of the Chinese Embassy on Wednesday, July 24, denouncing China's actions in the disputed seas.

Despite the movement's activist tone, Vonz Santos, chairman of FU and one of the leaders of US Pinoys for Good Governance, says the song is intended to help "resolve the conflict through peaceful methods."

“I believe a new type of dialogue needs to be introduced into the matter, a positive one," he said. "The Philippines is running out of options with respect to China’s aggressive tactics. We are simply trying to help and do our part.”

"Change the World" features such rap and singing lines as "Enemy is just a friend misunderstood," and the hortatory “Rise up today before it’s too late, we were born to be great, we are stewards of our own land, our children’s future we hold in our hands…”

Hip-hop artist Knowa Lazarus of Q-York says the song is a "call to all those who love the Philippines to stand up as one for what rightfully belongs to our nation."
The artists featured in “Change the World” include: