From the Philippine Star (May 26, 2019): OPAPP, AFP set rehab program for Maute surrenderees 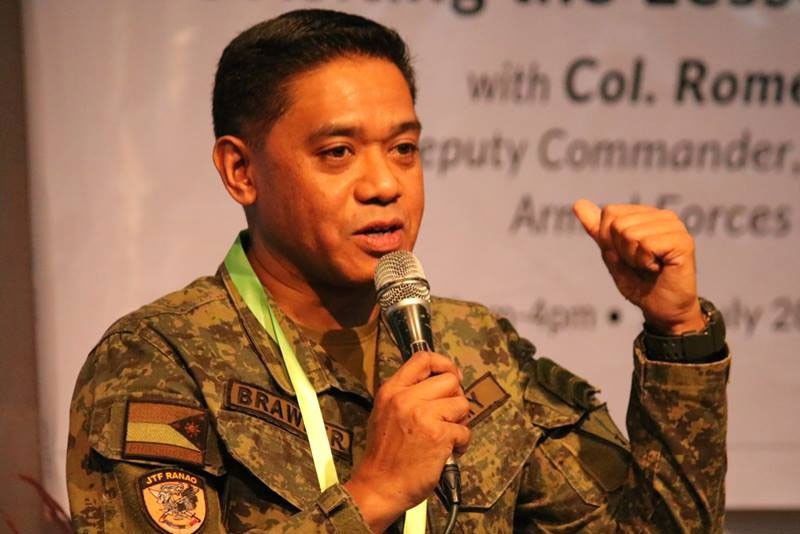 MANILA, Philippines — The Office of the Presidential Adviser on the Peace Process (OPAPP) has partnered with the Armed Forces of the Philippines to rehabilitate former Maute militants.

Col. Romeo Brawner, 103rd Infantry Brigade commander, said the partnership aims to achieve a holistic approach in the healing process of those who were duped to join the Maute group.

“We are looking at the Basilan model, wherein Abu Sayyaf members who surrendered were given proper interventions,” he said.

Presidential Adviser on the Peace Process Carlito Galvez said the OPAPP would help the military reduce the level of animosity between victims of the conflict and former militants.

“What we are looking at is the implementation of transitional justice and reconciliation,” Galvez said.

Galvez and other OPAPP personnel recently visited the Sarimanok evacuation center in Marawi to distribute relief goods to displaced residents. The activity is part of the annual program of the agency during the holy month of Ramadan.