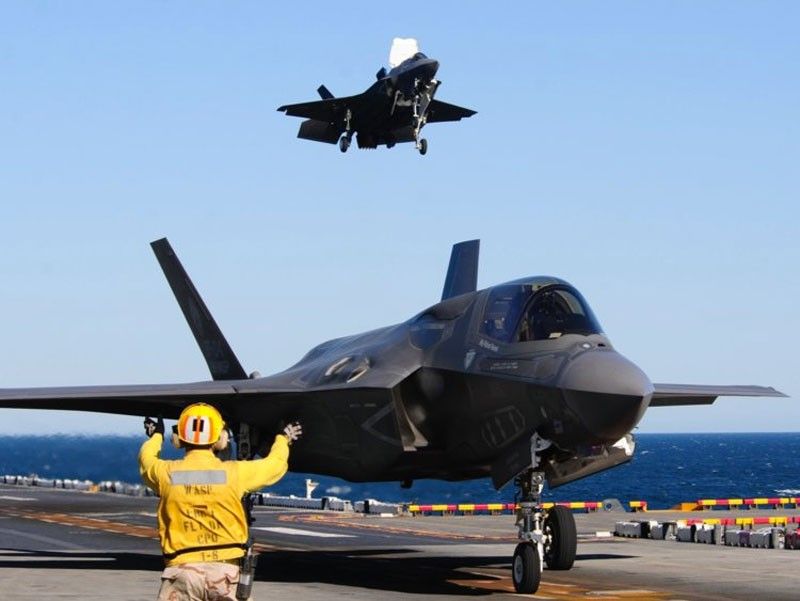 Slated for official opening Monday at Camp Aguinaldo, the joint military drill is part of an arrangement stipulated in the Phl-US Mutual Defense Treaty (MDT).

This year’s joint Philippines-United States Balikatan military exercises will see, for the first time, the deployment of the US Marine Corps’ new F35B fighter jets to the war games.

Slated for official opening Monday at Camp Aguinaldo, the joint military drill is part of an arrangement stipulated in the Phl-US Mutual Defense Treaty (MDT).

“This will be the first Exercise Balikatan to incorporate the USS Wasp paired with the US Marines Corps’ F35B Lightning II aircraft. Together they represent an increase in military capability committed to a free and open Indo-Pacific,” US Balikatan organizers said in a statement.

The deployment of the new fighter jets as well as the amphibious assault carrier USS Wasp came despite President Duterte’s ordering a downscaling of the joint exercises as part of his “independent” foreign policy and pivot to China.

The drill will last until April 12 and will be held in several areas in Pampanga, Tarlac, Zambales, Nueva Ecija and Palawan.

The amphibious landing exercises will be held on the coast of Zambales, while the live-fire drill will be held at the military gunnery range in Capas, Tarlac on April 10 and 11.

Representatives from other Association of Southeast Asian Nations (ASEAN) countries will observe the joint exercises.

“Exercises like Balikatan strengthen international partnerships and the participating militaries’ abilities to rapidly respond to crisis throughout the Indo-Pacific region,” the US embassy said in an earlier statement.

The joint war games made a soft opening last month with the launching of humanitarian and civic assistance projects.

Aside from Filipino and US troops, Australian forces also participated in the groundbreaking ceremonies for the renovation of three elementary schools in Orani, Bataan, Pangil in Laguna and San Juan in Batangas as well as a health clinic in Moncada, Tarlac.

Posted by Retired Analyst at 6:45 AM