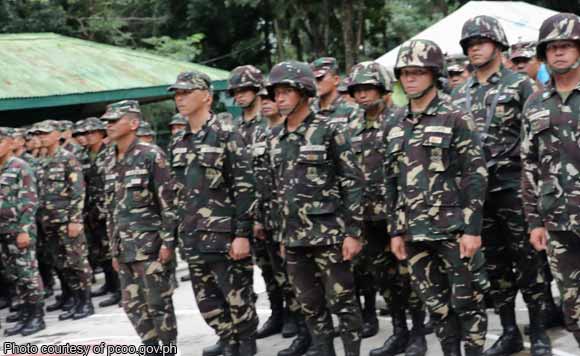 Soldiers from the 2nd Mechanized Infantry Battalion, together with the provincial government of Maguindanao, have conducted an outreach program in Ampatuan town.

Lt. Gen. Arnel B. Dela Vega, commander of the Western Mindanao Command (Westmincom), said this only showed that the armed forces are not only deployed on battlefields.

“Your armed forces do not only operate on battlefields; we also conduct civil military operations together with our partner stakeholders to help the people in far-flung areas,” he said.

Major General Cirilito E. Sobejana, commander of the Joint Task Force Central Mindanao, thanked the provincial government for continuously conducting this kind of program together with the military.
https://mindanao.politics.com.ph/hindi-lang-pangbakbakan-soldiers-join-in-outreach-program-in-maguindanao-town/
Posted by Retired Analyst at 2:51 PM