Seeds of insurgency: The youth of Marawi (Pt. 1)

From Rappler (Jan 13, 2019): Seeds of insurgency: The youth of Marawi (Pt. 1)
As grievances persist from generation to generation, so do challenges in protecting
young Filipino Muslims from radicalization


MARAWI, Philippines – "That is the ideal death," said 24-year-old aspiring filmmaker Sakeena*. For her, to be a freedom fighter  or  a mujahideen  is the greatest honor for a Muslim.
In her first year in college, Sakeena recalled being invited to a 3-month training with an armed group to prepare for an upcoming jihad –  an Arabic word often associated with war against non-Muslims but which she also refers to as an effort to make society better.
She wanted to follow in the footsteps of her father, a member of the erstwhile separatist group Moro National Liberation Front (MNLF), whose story she only knew about through his diary. Her father believed that dying in a jihad as a mujahideen was the greatest expression of faith. "That's the only thing that had driven him, for the sake of Allah," she said.
Sakeena thought of taking up arms. But her mother eventually prevailed on her to pursue her studies.
Sakeena lives in what used to be a prosperous city in the southern Philippines  –  the Islamic City of Marawi . It was razed to the ground after the terrorist Maute Group attacked the city on May 23, 2017, sparking a 5-month siege.
The Maute Group previously pledged allegiance to the Islamic State (ISIS) in 2014. Many of the fighters who joined the siege were just like Sakeena  – young Filipino Muslims or Moros from different provinces in the Autonomous Region in Muslim Mindanao (ARMM). Most were 18 to 27 years old, according to first-hand accounts from the fighters' acquaintances themselves, and as affirmed by a source in the Philippine Army.


Like Sakeena, Zaldy*, 20, was once lured to that world. "I wanted to be a mujahideen, because as they promise, paradise is assured when you die," he said.
He went to the extent of undergoing a military training in a nearby city. Zaldy graduated from the program on the day of the Marawi siege.
"My friends kept on sending me text messages. 'Where are you? We're here in Marawi!' I thought of going home to join. I called up my friends and asked what their plans were. 'Are we going?' Some did remain in Marawi," Zaldy recounted.
Two of his cousins and a number of his friends joined the siege. Zaldy was itching to join them, but security was tight and he could not get in. 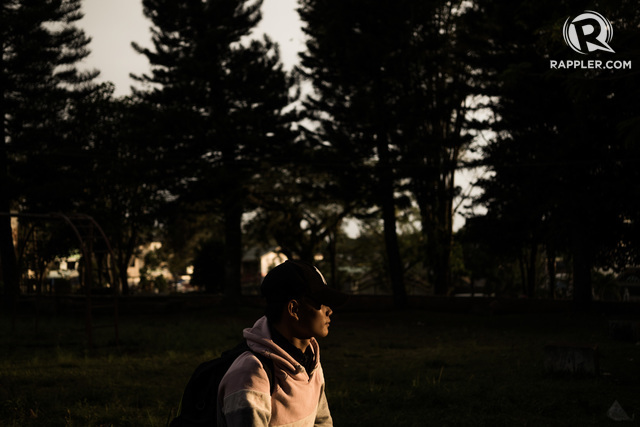 LURED TO FIGHT. Zaldy was on his way to join his friends in the Marawi siege on May 23, 2017, but was stopped at checkpoints. 'My friends and I usually have the same life story – €Šsingle parents, broken families€,' he says. Photo by Martin San Diego/Rappler


Frustrated youth
What could have driven these young minds at a time when they were expected to be finishing college and starting their careers?
Nearing the two-year mark since the Marawi siege, we look at the factors that pushed the young fighters who came to Marawi, and how these stand in 2019 as a new law grants further autonomy to Filipino Muslims. A test of narratives will also be at play as this comes at a time when ISIS' operations are shifting toward Southeast Asia.
It's not the money.
Months of interviews and research show a central theme: a persisting, deeply-rooted frustration among the Moro youth.
This shared frustration stems from the discrimination and marginalization that Filipino Muslims experience both on a national and personal level, especially when outside the ARMM, said Acram Latiph, an expert on conflict resolution at Mindanao State University (MSU) in Marawi City.
"It boils down to the feeling that you do not belong," added Latiph.
Islamic scholars note that no Filipino Muslim has been elected to a national post since 1992. The last was former senator Mamintal Tamano from Tamparan, Lanao del Sur.
"Muslims are frustrated in a sense that they are not really participating in the government. In the Senate, is there a Muslim? We are no longer in the times of Alonto and Tamano. Yes, there are those appointed Cabinet positions. But in sensitive posts like security, are we appointed there? We are always eyed with suspicion," said Hamid Barra, president of the National Ulama Conference of the Philippines.
"We want to have constructive participation in governance," he added.
For Zaldy, who went to elementary and high school in Manila, it was more personal. "Whenever I introduced myself as a Muslim, people would distance themselves."
Discrimination is more felt by women donning Islamic pieces like the hijab. Some shared having difficulty hailing taxis, and taking longer in security inspections when in Manila.
"It is like you're not trusted if you're a Muslim," said Zaldy.


This persisted for generations because the reason to be angry and frustrated has not been addressed, said Latiph, who himself felt the discrimination in the 2000s when he applied for jobs in Makati City, a business district adjacent to Manila.


Also, the oral narratives about these grievances continue.
Constant retelling
Ask any adolescent Muslim about the current situation and he or she would be quick to point out specific events in history where the Moros felt shortchanged by the national government.
"One of the reasons I found was the Jabidah massacre," said Sakeena. "Not only that, there were many other massacres." She then recited a litany of events, dating back to the Spanish occupation until the time of dictator Ferdinand Marcos, when the infamous massacre of at least 23 Muslim  recruits happened on Corregidor Island.


It's easy for the Moro youth to relate to the stories of their grandparents because little has changed today, Latiph said. "That oral narrative is transferred from children to children, over generations. So that feeling of persecution dating back to the Spanish [occupation] was actually preserved."
The most highlighted of these narratives are the military operations against Muslim separatist movements that were established in the last 4 decades, such as the Moro National Liberation Front and the Moro Islamic Liberation Front. The war cost the lives of at least 100,000.
What were celebrated military victories created a fertile environment for rebellion. Each attack produced martyrs and children of martyrs –  sons and daughters who picked up from their slain fathers and brothers, and who continue to find reason to do so. 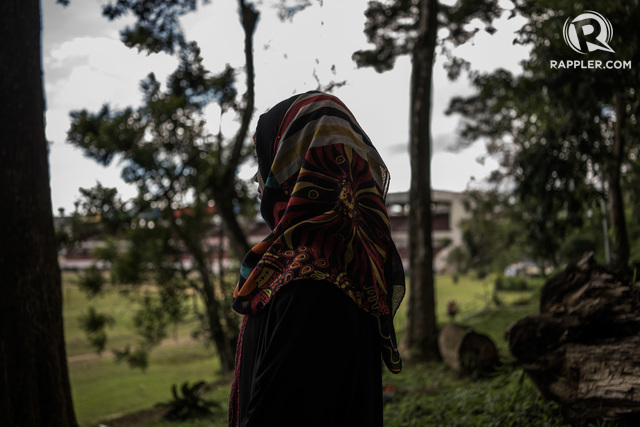 IDEAL DEATH. 'For me, dying as a mujahideen is the ideal death€,' says Sakeena, who thought of joining Maute-ISIS training, but was discouraged by her mother. Photo by Martin San Diego/Rappler


Poor governance
Though the ARMM was established in 1990 as an answer to the Moros' call for self-governance, even the Philippine government has called it a "failed experiment."
Incompetent and self-serving officials have been elected through the years, plunging the region deeper into poverty.
Sakeena pointed out that the government's role is to improve the quality of life, but this is something she said the Muslims have always been deprived of.
Zaldy, who grew up in a place where vote-buying was the norm, said dirty politics and corrupt officials are to blame for why majority are poor.
"Many politicians here in the ARMM have made a business out of being mayors. That is the reason why other Moros are getting left behind and why others are not able to receive education."
In Lanao del Sur, where Marawi City is located, 74.3% of the population lived below the poverty threshold in 2015, according to the Family Income and Expenditure Survey released by the Philippine Statistics Authority, making it the poorest province in the Philippines.
The ARMM itself is the poorest region in the country, with at least 59% of the population living below the poverty line, according to the same report.
And as of 2016, there have been at least 4 ISIS-linked armed groups operating in the region.
(To be concluded)
*Subjects' names have been changed for their safety. All quotes have been changed to English.
https://www.rappler.com/newsbreak/in-depth/220729-seeds-insurgency-youth-marawi-part-1
Posted by Retired Analyst at 9:23 AM