A former Armed Forces chief himself, DILG Officer-in-Charge Eduardo Año says the country's long-running communist insurgency 'is not primarily a military or police problem but a governance problem' 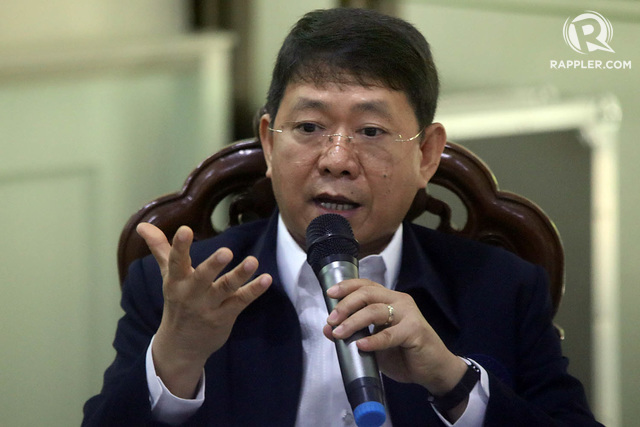 The Department of the Interior and Local Government (DILG) on Saturday, September 29, threw its support behind the proposed anti-communist task force of the Armed Forces of the Philippines (AFP).

In a statement on Saturday, September 29, DILG Officer-in-Charge Eduardo Año said that the long-running communist insurgency "is not primarily a military or police problem but a governance problem."


Effectively ending it "requires not only police and military response but necessitates a triad of development, governance, and security efforts," Año added.

He agreed with AFP Chief of Staff General Carlito Galvez Jr, who said that to quash communist recruitment, civilian agencies and other stakeholders must be aware of and integrated in a "whole-of-government strategy."

"Insurgency is rooted in poverty, inequality, and grievances that could be addressed by respective mandates of various government institutions," said Año, himself a former AFP Chief of Staff.

"We have all the mechanisms to face these issues but all government agencies have to perform our roles in a concerted manner."

While Año noted that the military is "winning the battle in the mountains" and that there have been many communist surrenderers, "it's in the propaganda war and parliamentary battle that we are losing."

"Communists are using as propaganda the inefficacies of government to advance their aspiration of toppling democracy. Thus, all instrumentalities of the government have to recognize their role in addressing this urgent and long standing problem," he said.

Año added that the proposed national task force "will ensure that other government agencies help the [Department of National Defense] and DILG in this effort." (READ: Anti-communist task force for talking not shooting – PNP)

Año also said there is "no need for a loyalty check" among the ranks of the Philippine National Police (PNP), which is under the DILG. He said the PNP's allegiance "is to the Constitution and the people."

The AFP earlier said the Communist Party of the Philippines (CPP) has supposedly hatched a "Red October" plot alongside members of the opposition to remove President Rodrigo Duterte from office. (READ: Duterte slams communists amid supposed ouster plot)

On Saturday, Senator Franklin Drilon denied "in the strongest possible terms" that the Liberal Party (LP) is part of any supposed move to oust the President. (READ: Linking opposition to Red October plot ‘politicizes the AFP’ – Robredo)

In a DWIZ radio interview, Drilon said LP's link to the supposed ouster plot is "propaganda without basis."

"We will stand together with the people to defend our Constitution. We will never agree to any destabilization move, much less to be part of it."

Asked about the AFP supposedly having proof against LP, Drilon said, "If they have any evidence that the Liberal Party is part of it, ilabas na nila para malaman ang katotohanan (release it now so we will know the truth)."

https://www.rappler.com/nation/213130-dilg-supports-afp-proposed-anti-communist-task-force
Posted by Retired Analyst at 8:09 AM