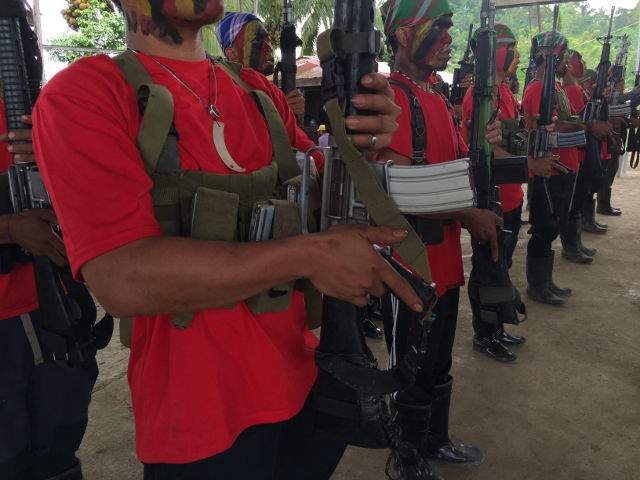 "Most [killings] happened in insurgency-prone areas, and based on intelligence, some of the victims are those who have surrendered, those who have turned their backs on their organization," Orduña said.

"Kaya binabalikan sila (That is why they were hunted down)," he added.

Based on police records obtained by Rappler, Davao Region recorded 74 riding-in-tandem killings from October 2017 to May 2018.

Of the cases, only 6 had been solved or cleared to date, making the region the worst performer in solving riding-in-tandem killings.

Harder to solve: According to Orduña, the alleged NPA-perpetrated killings are much harder to solve than the usual gun-for-hire cases.

Pressed about unsolved cases that have no NPA involvement, Orduña said that these cases are hindered by the lack of witnesses as well as formal complaints to aid police investigators.

Not Davao City: Orduña also noted that most of the killings happened outside Davao City, the hometown of President Rodrigo Duterte.

Orduño said the insurgency-prone areas in the region are the provinces of Davao del Norte, Davao Oriental, and Compostela Valley.

The other provinces in the region are Davao del Sur and Davao Occidental.

Orduña assured Davao Region residents that the police are trying their "best" to end the vigilante-style killings by intensifying checkpoint operations.