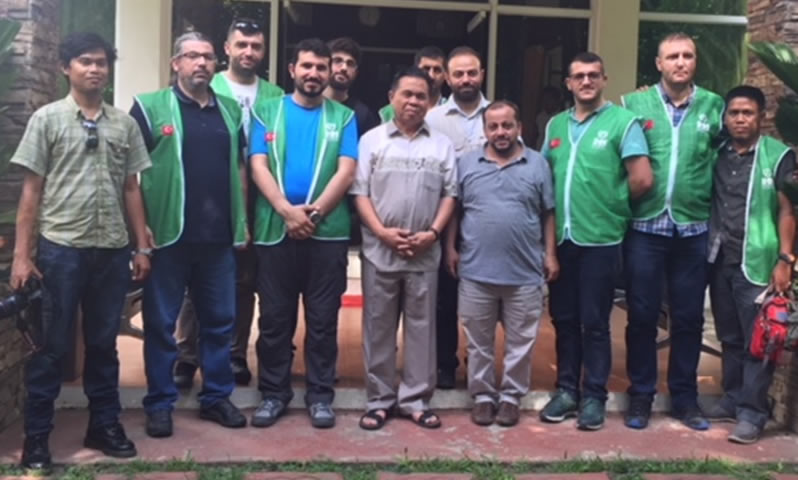 Camp Darapanan, Simuay, Sultan Kudarat, Maguindanao - A delegation of IHH Insani Yardim Vakfi, headed by Omer Kesmen paid a courtesy call to the Moro Islamic Liberation Front leadership, Wednesday at Camp Darapanan .
IHH is an official Turkish organization who has been working since 1992 with the purpose to deliver aid to all people who are in need, who had a catastrophe, victims of war, natural disaster wherever they are regardless of their religion, language, race or sect.

With optimism, Chairman Ebrahim gave the visiting delegation of goodwill updates on the status of BBL in both Houses of Congress. He mentioned that only the present head of state, President Rodrigo Duterte is acknowledging the injustices committed against the Bangsamoro people.

When asked what does he think about the crisis in middle east, Chairman Murad Ebrahim worriedly expressed concern and sympathy over the conflicts created among Muslim countries, saying “it is a negative factor to the Muslim Ummah, and we continue praying to Allah SWT for them”

After the brief meeting, the IHH delegation went to the grounds of the camp and distributed packages of foodstuffs for Iftar (breaking of the fast), to civilians, and some members of the Bangsamoro Islamic Armed Forces (BIAF).

http://www.luwaran.com/news/article/1337/ihh-pays-courtesy-call-to-milf-leadership--distributes-packed-iftar-foodstuffs-
Posted by Retired Analyst at 5:56 AM