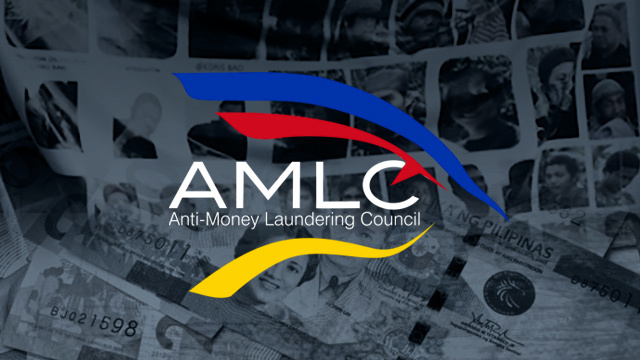 The Anti-Money Laundering Council (AMLC) put focus on flagging terrorism money in 2017, including freezing and investigating bank accounts and assets of the ISIS-associated Maute group that waged war in Marawi City last year.

The AMLC said it “targeted financial sanctions related to the proliferation of weapons of mass destruction and its financing” in 2017.

This was included in the operational highlights that they submitted to the Commission on Audit (COA).

The AMLC also listed as its accomplishment their freeze orders on “all the bank accounts and other assets owned and controlled by the Maute group.”
“Bank inquiry on the bank accounts is ongoing,” the AMLC said.

Maute loot
The bank accounts and assets under investigation are separate from the P52-million cold cash which was recovered by military troops inside Marawi. The AMLC is also investigating the P52 million.

Defense Secretary Delfin Lorenzana said he was not aware how much the bank accounts and assets were worth. As for the P52-million cash, Lorenzana said the money is deposited at the Central Bank.

Lorenzana said the P52 million appears to have been stolen by the Maute terrorists. He said someone tried to claim it as their own, but did not succeed.

“AMLC asked us to certify that he was the owner. We declined to give the certification because we were not certain who really owns them,” Lorenzana said.

Instead, a case was referred to the Bureau of Internal Revenue (BIR) to investigate the alleged owner.

According to the audit report on the AMLC, the agency also spent hundreds of thousands to train investigators in the field of terrorism financing.

Combating the Financing of Terrorism (AML/CFT) Trainings were part of 5 training sessions conducted by AMLC for its staff that cost them an overall P2.3 million.

However, COA auditors pointed out that the terrorism trainings had only 31% attendance.

“The deficiency in the training physical accomplishment was due to on-going revisions in the AML/CFT training modules for senior management and front liners of banks and money service businesses,” the COA said.

Lorenzena was also unsure whether the government has started forfeiture proceedings for all the Maute assets.

But overall, the AMLC has civilly forfeited P23.9 million for 2017, or P911 million since 2011 when they started filing forfeiture cases.

They have total pending civil forfeiture orders worth P5 billion. Since 2011, they have returned P1.6 billion to victims and/or investors.

There was no mention of President Rodrigo Duterte’s bank accounts in the audit report.

The Office of the Ombudsman said they have terminated the bank investigation into Duterte because AMLC refused to cooperate.

Posted by Retired Analyst at 11:06 PM